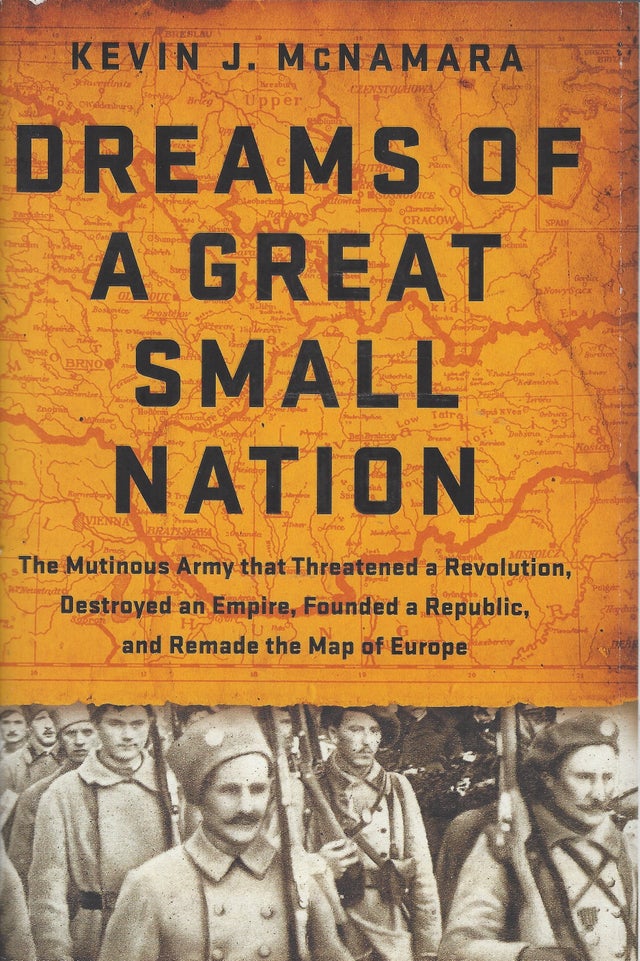 In 1917, two empires that had dominated much of Europe and Asia teetered on the edge of the abyss, exhausted by the ruinous cost in blood and treasure of the First World War. As Imperial Russia and Habsburg-ruled Austri-Hungary began to succumb, a small group of Czech and Slovak combat veterans stranded in Siberia saw an opportunity to realize their long-held dream of independence.

While their plan was audacious and complex, and involved moving their 50,000-strong army by land and sea across three-quarters of the earth's expanse, their commitment to fight for the Allies on the Western Front riveted the attention of Allied London, Paris, and Washington.

On their journey across Siberia, a brawl erupted at a remote Trans-Siberian rail station that sparked a wholesale rebellion. The marauding Czecho-Slovak Legion seized control of the Trans-Siberian Railroad, and with it Siberia. In the end, this small band of POWs and deserters, whose strength was seen by Leon Trotsky as the chief threat to Soviet rule, helped destroy the Austro-Hungarian Empire and found Czecho-Slovakia.

British prime minister David Lloyd George called their adventure "one of the greatest epics of history," and former U.S. president Teddy Roosevelt declared that their accomplishments were "unparalleled, so far as I know, in ancient or modern warfare."