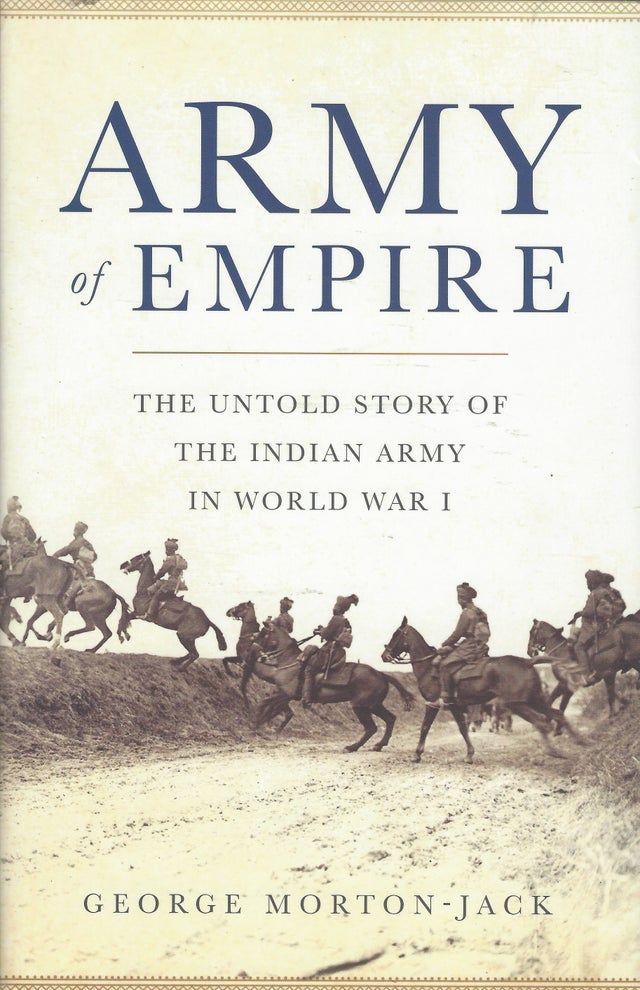 World War I is generally thought of as a European war, with its trench warfare, young poets, and war horses. As a result, the great South Asian story of the war has largely been forgotten, including the 1.5 million men of the Indian Army. The Hindus, Muslims, and Sikhs of Britain's Indian Empire played a crucial role in the Allied victory, fighting against the Central Powers in the mud of Flanders, the steaming jungles of Africa, and the baking deserts of the Islamic world.

Army of Empire is a brilliantly original retelling of the First World War, revealing the Indian Army's true place at the heart of global events. Using previously unpublished veteran interviews, historian George Morton-Jack retraces the Indian soldiers' footsteps across the continents, vividly recounting their dangerous missions as secret agents, their eye-opening discoveries of foreign cultures, and the mixed reactions they received from their allies and enemies alike -- some were treated as liberating heroes, some as conquering mercenaries, and all as racial inferiors and a threat to white supremacy. Yet even as they fought as imperial troops under the British flag, their broadened horizons fired in them new hopes of racial equality and freedom on the path to Indian independence. A deeply human story, Army of Empire finally gives these men their rightful place in history.