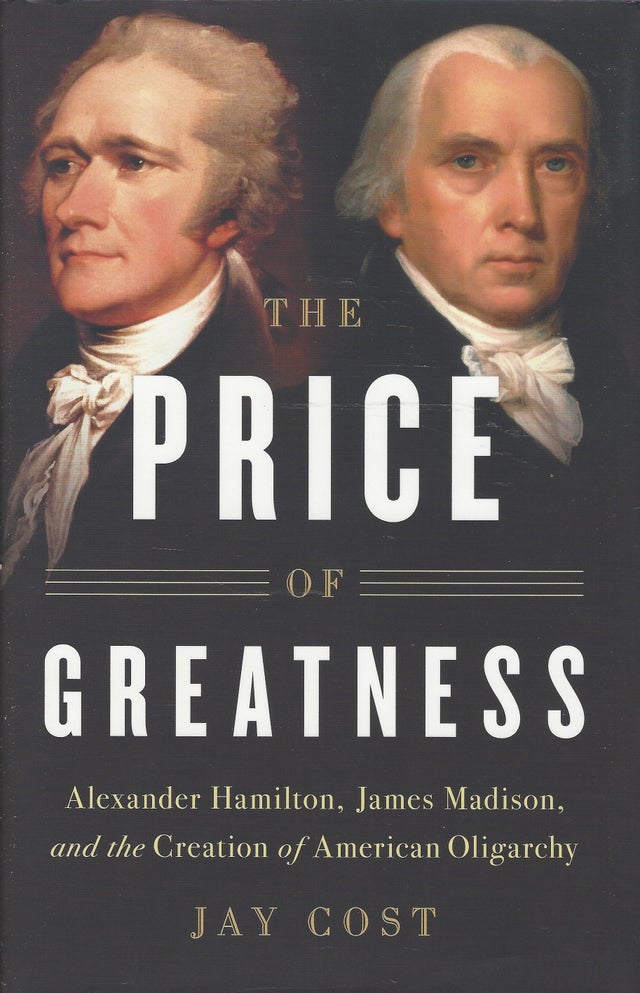 There is perhaps no more influential falling-out between friends in American history as that of Alexander Hamilton and James Madison. Together they helped draft the United States Constitution and then defended it in the Federalist Papers, yet soon after it was ratified they broke bitterly over its meaning. Hamilton believed the Constitution was a blueprint for national greatness, while to Madison it secured a fair and equal government for all citizens. Ever since their clash in the 1790s, Americans have vigorously debated which vision should prevail.

In The Price of Greatness, political scientist Jay Cost contends that each man was right to argue what he did. Hamilton thought that the United States could become a powerful nation only if it showed preference to wealthy private investors who would spur growth and territorial expansion, and as Treasury Secretary he implemented a sweepingly successful economic program based on this idea. All the while, Madison looked on with dismay, worried about increasing corruption as elites separated themselves more and more from ordinary Americans.

Eventually, during his time as president in the early nineteenth century, Madison would come to grudgingly accept Hamilton's program as necessary for national development -- a fateful decision that helped give rise to inequality in America. In this brilliantly original account of the nation's birth, Cost reveals the fundamental trade-off that made the United States the richest country in human history and continues to fracture our politics to this day.