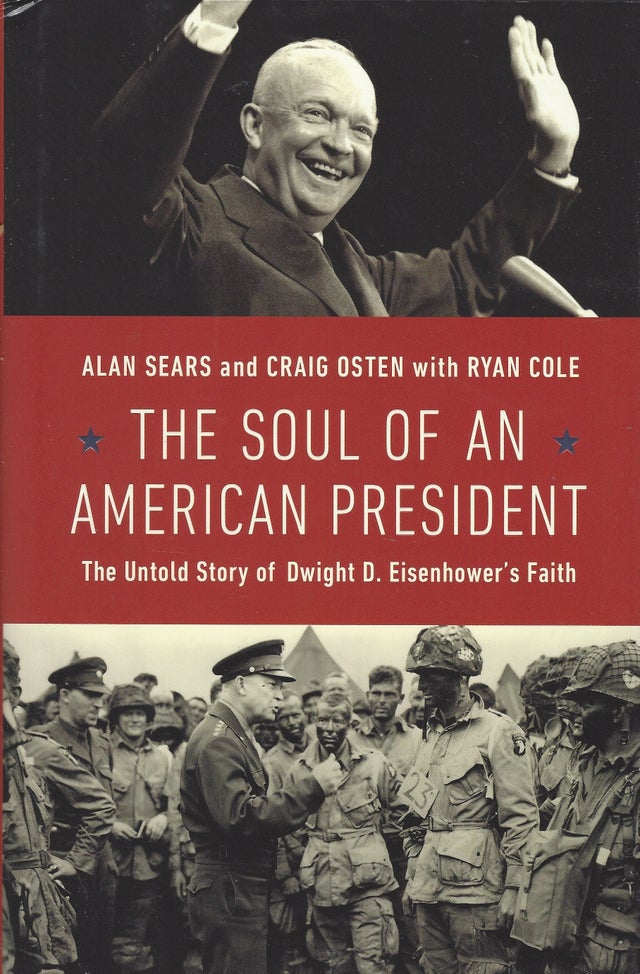 While there have been many biographies of Dwight D. Eisenhower that focus on his military career or the time of his presidency, none clearly explores the important role faith played both in his personal life and in his public policy. This despite the fact that he is the only U.S. president to be baptized as a Christian while in office.

Alan Sears and Craig Osten invite you on a journey that is unique in American history and is essential to understanding one of the most consequential, admired, and complex Americans of the twentieth century. The story begins in abject poverty in rural Texas, then travels through Kansas, West Point, two World Wars, and down Pennsylvania Avenue.

This is the untold story of a man whose growing faith sustained him through the loss of a young son, marital difficulties, depression, career disappointments, and being witness to some of the worst atrocities humankind has devised. A man whose faith was based in his own sincere conviction, not out of a sense of political expediency or social obligation. A man whose personal principles shaped public policy that would define the soul of a nation.