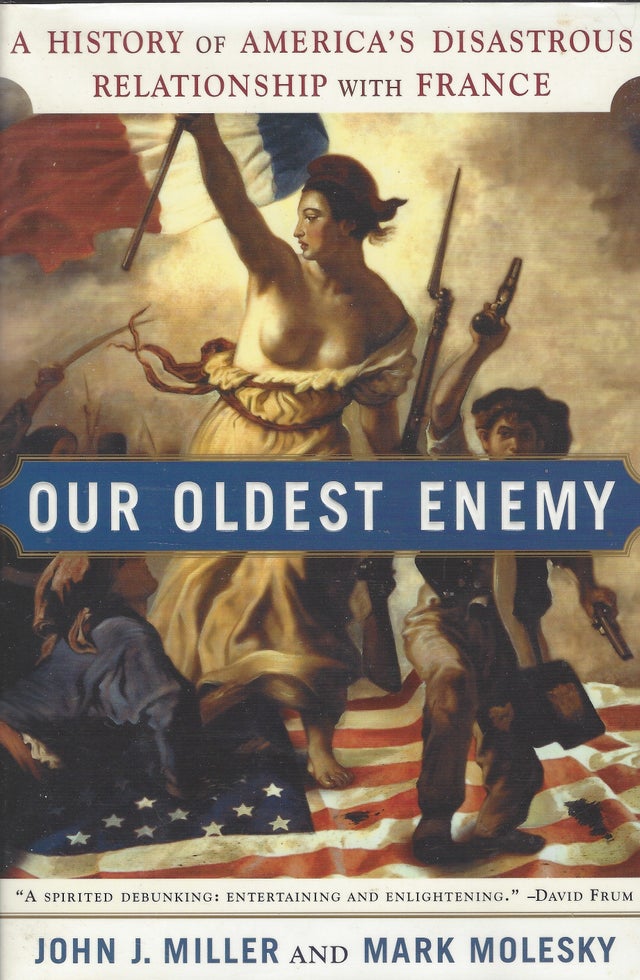 In this provocative and brilliantly researched history of how the French have dealt with the United States, John J. Miller and Mark Molesky demonstrate that the cherished idea of French friendship has little basis in reality. Despite the myth of the "sister republics," the French have always been our rivals and have harmed and obstructed our interests more often than not.

This history of French hostility goes back to 1704, when a group of French and Indians massacred American settlers in Deerfield, Massachusetts. The authors also debunk the myth of French aid during the Revolution: Contrary to popular notions, the French entered the war reluctantly and were mainly interested in hurting their rivals, the British. After the war, the French continued to see themselves as major players in the Western Hemisphere and shaped their policies to limit the growth and power of the new nation. The notorious XYZ Affair, involving French efforts to undermined the government of George Washington, led to an undeclared naval war with France in 1798. During the Civil War, the French supported the Confederacy and installed a puppet emperor in Mexico.

In the twentieth century, Americans clashed with the French repeatedly. The French victory over President Wilson at Versailles imposed a shortsighted and punitive settlement on Germany that paved the way for the rise of fascism in the 1930s. During World War II, Vichy French troops killed hundreds of American soldiers in North Africa, and die-hard French fascist units fought against the Allies in the rubble of Berlin. During the Cold War, Charles de Gaulle yanked France out of NATO and obstructed our efforts to roll back Soviet expansion.

The legacy of French imperial power has been no less disastrous. The French left Haiti in a shambles, got us into Vietnam, and educated many of the world's worst tyrants at their elite universities, including Pol Pot, the genocidal Cambodian dictator. The fascist Baath regimes in Iraq and Syria are another legacy of failed French colonialism.

Americans have been particularly irritated by French cultural arrogance -- their crusades against American movies, McDonald's, Disney, and the exclusion of American words from their language have always rubbed us the wrong way. This irritation has now blossomed into outrage. Our Oldest Enemy shows why that outrage is justified.