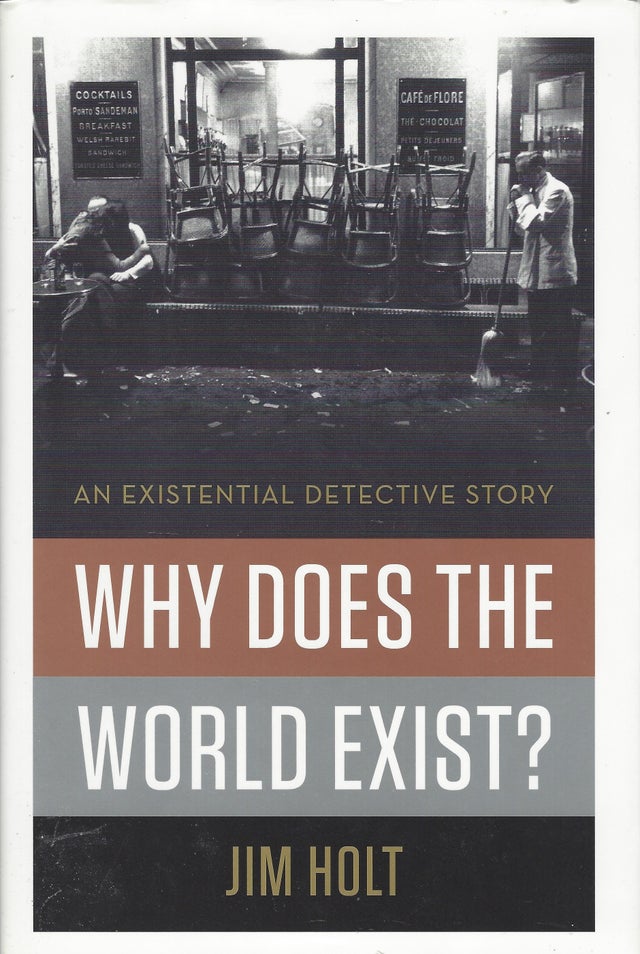 Of all the mysteries that humankind has confronted, the deepest and most persistent is the mystery of existence. Why should there be a universe at all, and why are we a part of it? Why is there Something rather than Nothing?

For centuries this mystery has vexed and fascinated great thinkers, from Plato and Leibniz down to Heidegger and Wittgenstein. And today it has become a bone of fierce contention between religious believers, who hold that only the God hypothesis can furnish a real resolution, and neo-atheists like Stephen Hawking, Richard Dawkins, and Christopher Hitchens, who insist that science alone is capable of explaining how our cosmos popped into being -- perhaps as a quantum fluctuation out of the void.

In Why Does the World Exist? Jim Holt takes on the role of cosmic gumshoe, exploring new and sometimes bizarre angles to the mystery of existence. His search for the ultimate explanation begins with the usual suspects -- God versus the Big Bang. But as he proceeds to interrogate a distinguished and colorful series of witnesses -- including the Nobel Laureate in Physics Steven Weinberg, the Christain theologian Richard Swinburne, the mathematical Platonist Roger Penrose, and even the late novelist John Updike -- the list of ontological suspects begins to lengthen. Holt's metaphysically intrepid investigation takes him from New York's Greenwich Village to unlikely spots in Pittsburgh and Texas, and then to London and ultimately to Oxford's hallowed All Souls College. In the course of his journeys he makes several meditative stopovers at Paris's famous Cafe de Flore -- ground zero for the mystery of existence (and for snooty French waiters).

In among his peripatetic (and often comical) encounters with deep and eccentric thinkers, Holt draws on his expertise as a prominent essayist on science and philosophy to explain the key ideas underlying his cosmological inquiry: time, infinity, consciousness, the multiverse, the metaphysical nature of God, and the haunting possibility of Absolute Nothingness. As he closes in on an ultimate solution to the mystery of existence, the specter of death increasingly comes to shadow his existential quest, intruding with awful abruptness at the end.

Why Does the World Exist? is a rollicking medley of physics and philosophy, of theology and mathematics, of travel reportage and personal memoir. It will redefine the debate between scientific rationalists and religious believers over the ultimate origins of the cosmos -- and of ourselves.