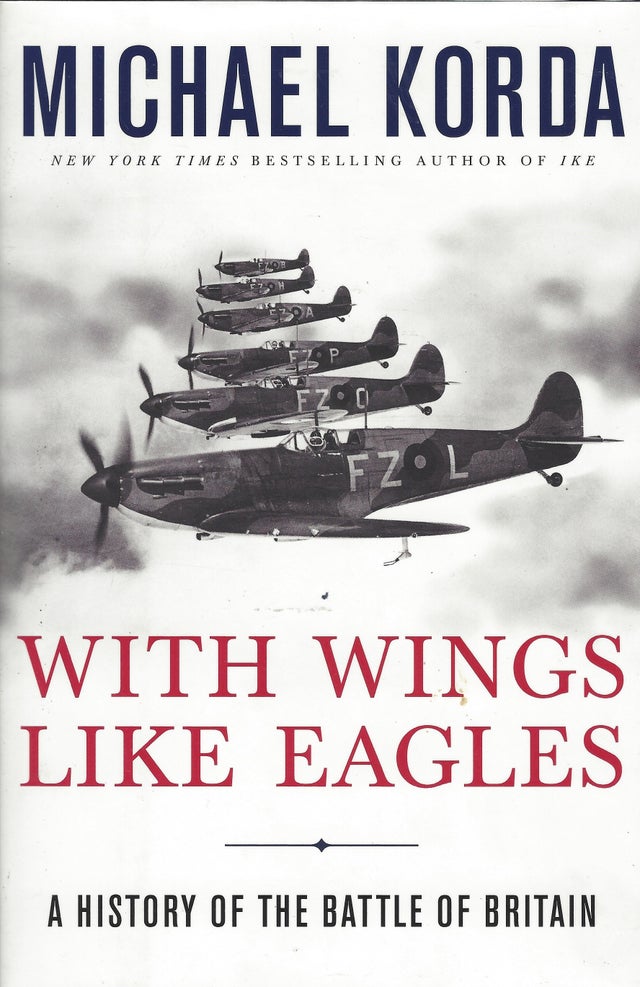 Michael Korda's brilliant work of history takes the reader back to the summer of 1940, when fewer than three thousand young fighter pilots of the Royal Air Force -- often no more than nine hundred on any given day -- stood between Hitler and the victory that seemed almost within his grasp.

Korda re-creates the intensity of combat in "the long, delirious burning blue" of the sky above southern England, and at the same time -- perhaps for the first time -- traces the entire complex web of political, diplomatic, scientific, industrial, and human decisions during the 1930s that led inexorably to the world's first, greatest, and most decisive air battle.

Korda deftly interweaves the critical strands of the story -- the invention of radar (the most important of Britain's military secrets); the developments by such visionary aircraft designers as R.J. Mitchell, Sidney Camm, and Willy Messerschmitt of the revolutionary, all-metal, high-speed monoplane fighters the British Spitfire and Hurricane and the German Bf109; the rise of the theory of air bombing as the decisive weapon of modern warfare and the prevailing belief that "the bomber will always get through" (in the words of British prime minister Stanley Baldwin).

As Nazi Germany rearmed swiftly after 1933, building up its bomber force, only one man, the central figure of Korda's book, Air Chief Marshal Sir Hugh Dowding, the eccentric, infuriating, obstinate, difficult, and astonishingly foresighted creator and leader of RAF Fighter Command, did not believe that the bomber would always get through and was determined to provide Britain with a weapon few people wanted to believe was needed or even possible. Dowding persevered -- despite opposition, shortage of funding, and bureaucratic infighting -- to perfect the British fighter force just in time to meet and defeat the German onslaught.

Korda brings to life the extraordinary men and women on both sides of the conflict, from such major historical figures as Winston Churchill, Neville Chamberlain, and Reichsmarschall Herman Goring (and his disputatious and bitterly feuding generals) to the British and German pilots, the American airmen who joined the RAF just in time for the Battle of Britain, the young airwomen of the RAF, the ground crews who refueled and rearmed the fighters in the middle of heavy German raids, and such heroic figures as Douglas Bader, Josef Frantisek, and the Luftwaffe aces Adolf Galland and his arch-rival Werner Molders.

Winston Churchill memorably said about the Battle of Britain, "Never in the field of human conflict was so much owed by so many to so few." Here is the story of "the few," and how they prevailed against the odds, deprived Hitler of Victory, and saved the world during three epic months in 1940.