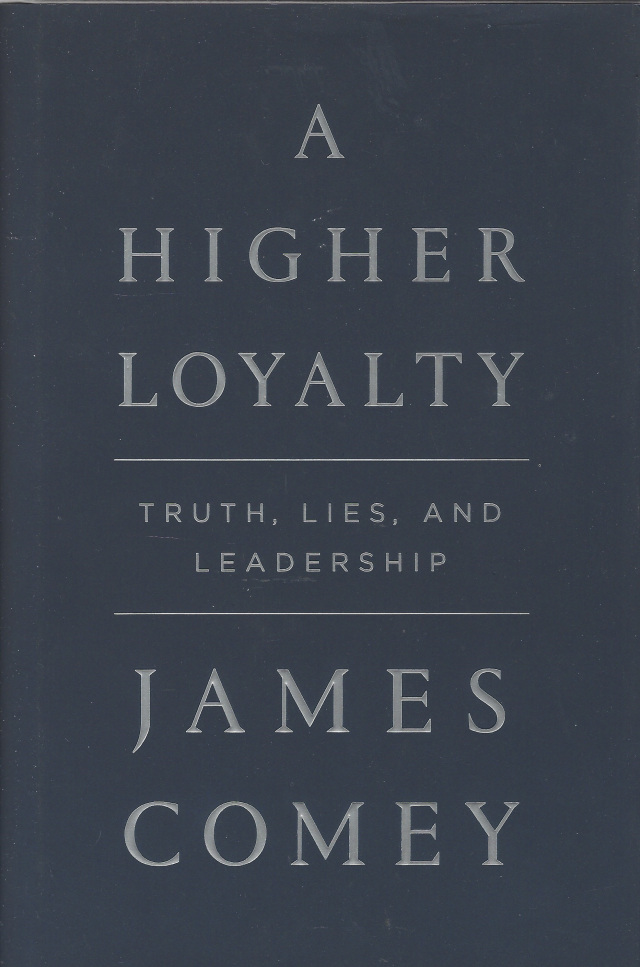 When Donald Trump fired FBI director James Comey on May 9, 2017, it ignited a political firestorm. The man at the center of that storm has kept silent -- until now.

In this highly anticipated book, James Comey writes for the first time about his role in the historic 2016 election and its aftermath. As readers will learn, that campaign was far from the first time Comey had been put to the test. In A HIGHER LOYALTY, Comey takes readers through the cases and personal events that helped shape his views of justice, fairness, and ethical leadership. We see his resolve tested after a harrowing brush with death and a heartbreaking personal loss. He offers insights into the leadership styles of three very different presidents, and yet we also learn why the leaders who had the most profound influence on him were those without titles or political office.

Even without the events of 2016 and the surreal moments in the Trump White House that followed, Comey's career involved some of the most fascinating and controversial criminal cases in recent history. He discusses his intense and revelatory encounters with the Mafia as an assistant U.S. attorney, a job he started under an up-and-coming Rudy Giuliani. He explains what was truly at issue in the prosecutions of Martha Stewart and Scooter Libby and in the battles against surveillance and torture policies in the George W. Bush administration. In a scene seemingly ripped from a Washington, D.C., thriller, Comey writes for the first time about when he rushed to the hospital bedside of an ailing Attorney General John Ashcroft to intercept representatives sent by President Bush who were determined to subvert their own Justice Department.

Comey also details the involvement he had over the years with Bill and Hillary Clinton -- including the Whitewater investigation and his pursuit of the fugitive Marc Rich -- and what really occurred when he found himself in charge of the Hillary Clinton e-mail investigation. In exhaustive detail, Comey lays out exactly what went into the FBI's historic decisions and responds to the controversies and criticisms that resulted.

Finally, Comey explains his frustrating and occasionally bizarre encounters with the incoming president, Donald Trump, and why he was unable to give Trump the pledge of loyalty he demanded. Although his rebuff of the president would come at great personal price, it was a sacrifice he was compelled to make, because the alternative for the country was a cost too great to bear.

In A Higher Loyalty, readers will find a rare respite from partisan politics. It is James Comey's opportunity to tell not only what truly happened, but also to remind readers of what truly matters. It is a portrait of great leadership, misguided leadership, patriotism, and the vital importance of shaping a culture that puts the truth first.