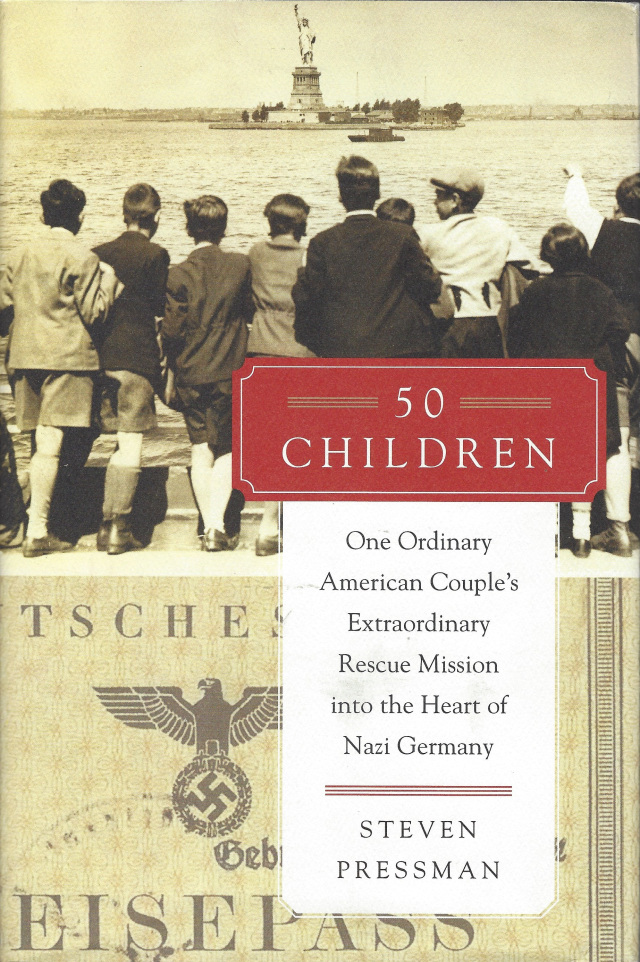 In early 1939, few Americans were thinking about the darkening storm clouds over Europe. Nor did they have much sympathy for the growing number of Jewish families that were increasingly threatened and brutalized by Adolf Hitler's policies in Germany and Austria.

But one ordinary American couple decided that something had to be done. Despite overwhelming obstacles -- both in Europe and in the United States -- Gilbert and Eleanor Kraus made a bold and unprecedented decision to travel into Nazi Germany in an effort to save a group of Jewish children.

Drawing from Eleanor Kraus's unpublished memoir, rare historical documents, and interviews with more than a dozen of the surviving children, and illustrated with period photographs, archival materials, and memorabilia, 50 Children is a remarkable tale of personal courage and triumphant heroism that offers a fresh, unique insight into a critical period of history.