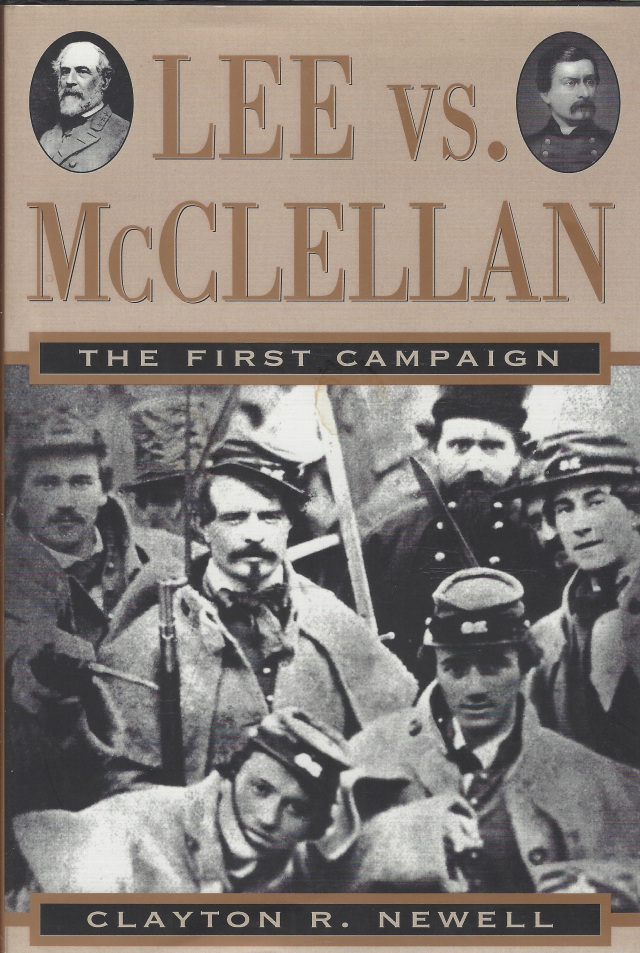 In 1861, when the Civil War began, few generals on either side had experience commanding troop formations larger than a single regiment. In the rugged mountains and dense forests of western Virginia, Robert E. Lee and George B. McClellan received their first opportunities to command an army in combat -- each against the other.

Lee vs. McClellan: The First Campaign is a vivid, gripping account of this crucial -- but often overlooked -- campaign of the Civil War. Military historian Clayton R. Newell tells the story with a masterly grasp of strategy, a soldier's feel for the grueling realities of war, and a keen understanding of the military and political stakes.

Newell begins by explaining the considerations that led McClellan to order Union troops into western Virginia. He describes the difficult mobilization of both armies -- as new and inexperienced troops and their generals coped with difficult terrain and unusually cold, wet weather. He analyzes the personalities and thinking of the commanders, shows how the battles unfolded, and explains how their outcomes played a critical role in shifting the political situation to the Union's advantage.

Newell enlivens his narrative with scores of fascinating, little-known historical details -- noting, for instance, that the campaign included a number of "firsts" in the Civil War, such as the first land battle where Virginia troops fought on both sides; the first death of a general on either side; and the first telegraph to accompany an American army into battle.

Although soon overshadowed by the much bigger, bloodier battles that followed, Lee and McClellan's first campaign was a historic contest of two generals who would later achieve reputations for greatness. Newell shows how the generals' preparations and command on the battlefield determined the campaign's outcome -- and their own immediate futures -- for better or worse.

Finally, Newell shows how the campaign profoundly affected not only the rest of the war, but its aftermath -- not least by resulting directly in the creation of the state of West Virginia.