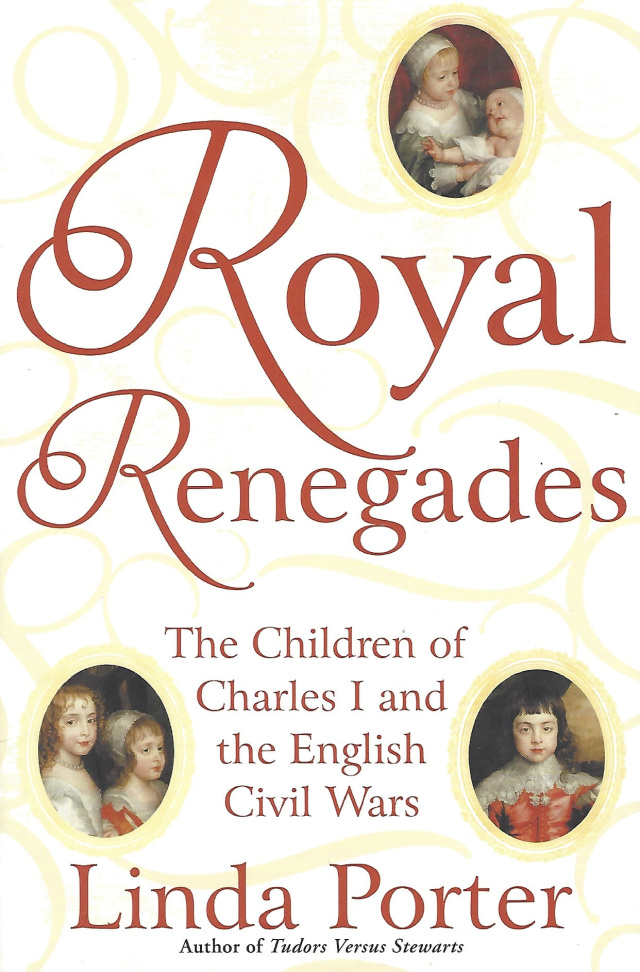 ROYAL RENEGADES: THE CHILDREN OF CHARLES I AND THE ENGLISH CIVIL WAR by Linda Porter

Royal Renegades: The Children of Charles I and the English Civil Wars by Linda Porter

The fact that the English Civil War led to the execution of King Charles I in January 1649 is well known, as is the restoration of his eldest son as Charles II eleven years later. But what happened to the king's six surviving children is far less familiar. Casting new light on the heirs of the doomed king, acclaimed historian Linda Porter brings to life their personalities, legacies, and rivalries for the first time. As their family life was shattered by war, Elizabeth and Henry were used as pawns in the parliamentary campaign against their father; Mary, the Princess Royal was whisked away to the Netherlands as the child bride of the Prince of Orange; Henriette Anne's governess escapted with the king's youngest child to France, where she eventually married the cruel and flamboyant Philippe d'Orleans. When their "dark and ugly" brother Charles eventually succeeded his father to the English throne after fourteen years of wandering, he promptly enacted a vengeful punishment on those who had spurned his family, with his brother James firmly in his shadow. A tale of love and endurance, of battles and flight, of educations disrupted, the lonely death of a young princess, and the wearisome experience of exile, Royal Renegades charts the fascinating story of the children of loving parents who could not protect them from the consequences of their own failings as monarchs and the forces of upheaval sweeping England.