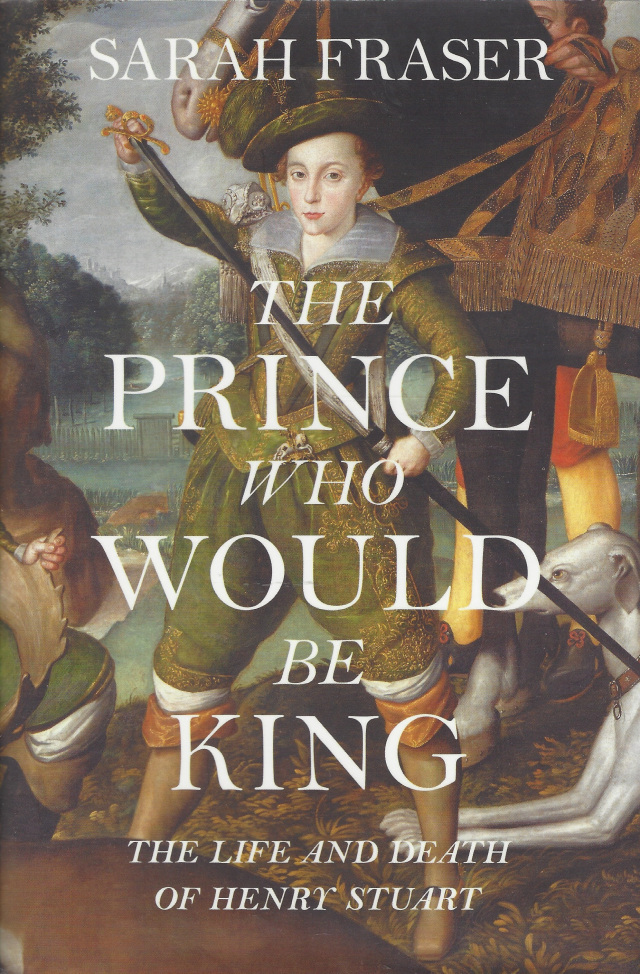 THE PRINCE WHO WOULD BE KING: THE LIFE AND DEATH OF HENRY STUART by Sarah Fraser

The Prince Who Would Be King: The Life and Death of Henry Stuart by Sarah Fraser

Henry Stuart, Prince of Wales, was once the ope of Britain. Eldest son to James VI of Scotland -- James I of England -- Henry was the epitome of heroic Renaissance princely virtue at the dawn of a century of transformation for Britain.

Educated to rule, Henry was interested in everything. His court magnetized artists, musicians, scientists, explorers, and writers, such as Ben Jonson and Inigo Jones. He founded a royal art collection of European breadth, amassed a library of priceless books, led grand renovations of royal palaces and mounted operatic, highly politicized masques.

But his ambitions were even greater. He embraced cutting-edge science, funded telescopes and automata, was patron of the Northwest Passage Company, and wanted to sail through the barriers of the known world to explore new continents. He reviewed and modernized Britain's naval and military capacity and in his advocacy for the colonization of North America he helped to transform the world.

At his death, aged only eighteen, and considering himself to be as much European as British, he was preparing to stake his claim to be the next leader of Protestant Christendom in the struggle to resist a resurgent militant Catholicism.

In this rich and lively book, Sara Fraser seeks to restore Henry to his place in history. Set against the bloody traumas of the Thirty Years' War, the writing of the King James Bible, the Gunpowder Plot, Shakespeare's late plays and the founding of British America, the story of Henry's life is a great Jacobean tale.