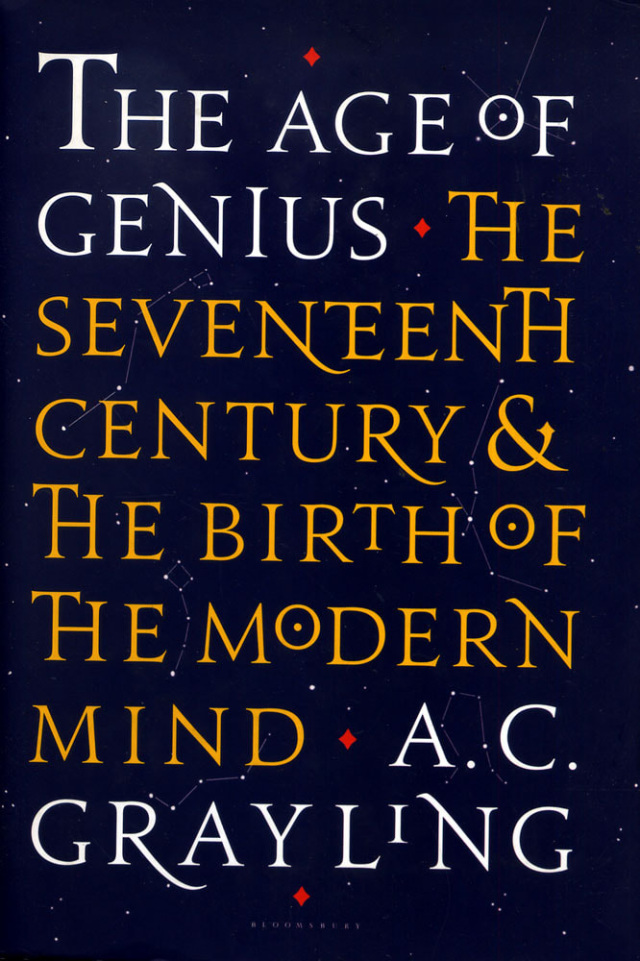 THE AGE OF GENIUS: THE SEVENTEENTH CENTURY & THE BIRTH OF THE MODERN MIND BY A.C. Grayling

The Age of Genius: The Seventeenth Century & the Birth of the Modern Mind by A.C. Grayling

Exploring the intertwining of intellectual life and dramatic events, The Age of Genius tells, in all its richness and depth, the story of the seventeenth century in Europe. It was a time of creativity unparalleled in history before or since -- from science to the arts, from philosophy to politics. Acclaimed philosopher and historian A.C. Grayling points to three riving forces behind this epochal shift: the rise of vernacular (popular) languages in philosophy, theology, science, and literature; the rise of the individual as a general and not merely an aristocratic type; and the invention of new instruments and systems of measurement that allowed people to know the true working of the natural world.

While the genius of Shakespeare played out onstage, and Galileo's telescope opened the heavens, the Thirty Years War ravaged the continent during the century's first half. A fundamentally new way of perceiving the world emerged as reason rose to prominence over tradition, and the rights of the individual took center stage in philosophy and politics. Breathing new life into the major figures in the seventeenth century intelligentsia -- Rembrandt, Locke, Newton, Descartes, Vermeer, Hobbes, Milton, Cervantes, and many more -- A.C. Grayling chronicles the paradigmatic shift that would define Western thought for centuries to come.