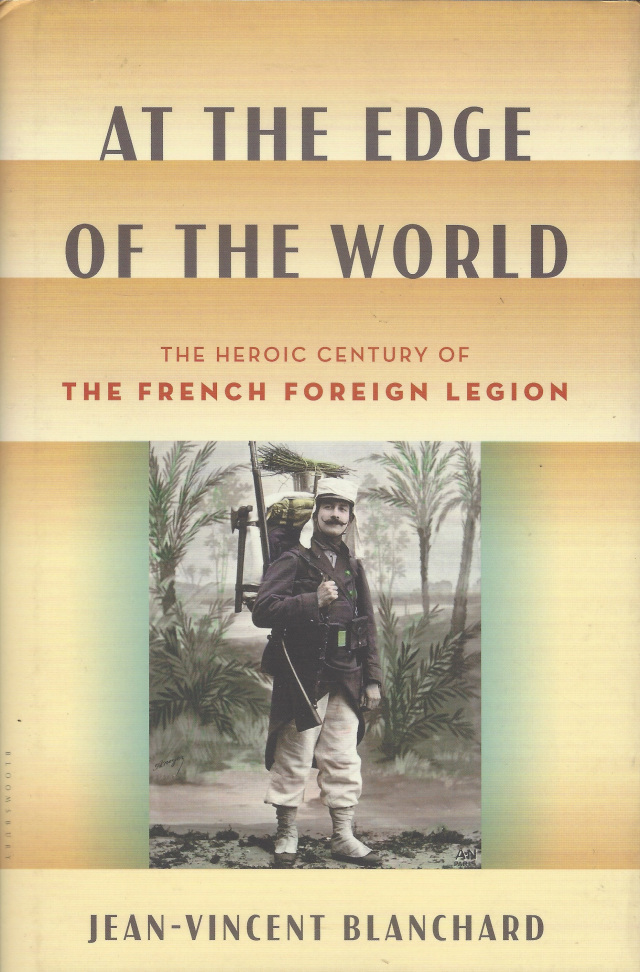 An aura of romance and danger surrounds the French Foreign Legion, the corps of foreign-born, all-volunteer soldiers founded in 1831. Famous for its grueling training in harsh climates, the Legion fought in French wars of colonial conquest from Southeast Asia to Africa. To this day, despite its reputation for being assigned the riskiest missions in the roughest terrain, the Legion and its mystique continue to attract men from every corner of the world.

In At the Edge of the World, Jean-Vincent Blanchard follows the Legion's rise to fame during the nineteenth and twentieth centuries, focusing on its campaigns in Vietnam, Madagascar, and Morocco, while taking a broad look at French colonialism. As France challenged the British and the Germans overseas, the figure of the legionnaire as a mysterious outcast came to represent both the uncompromisingly efficient force of a nation and the darker undercurrents of modernity, especially after World War I.

Drawing from rare archival memoirs and testimonies of legionnaires and tracing the fascinating career of Marshal Hubert Lyautey, France's first resident-general in Morocco and a hero to many a legionnaire, At the Edge of the World chronicles the Foreign Legion at the height of its renown, when its archetypically handsome, moody, and marginalized recruits became both the symbol of a triumphant empire and the stuff of legends.