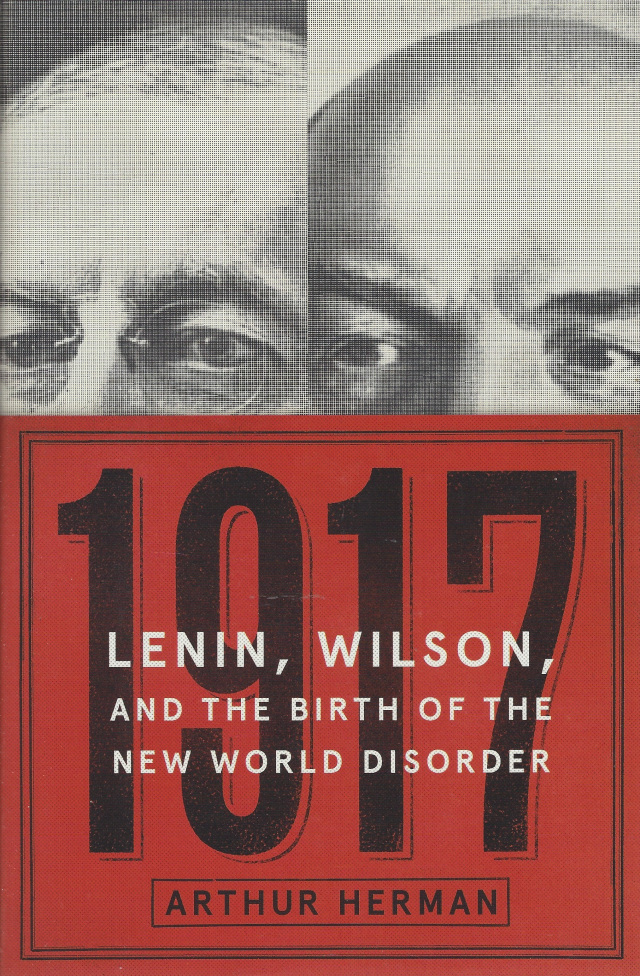 1917: Lenin, Wilson, and the Birth of the New World Disorder

1917: Lenin, Wilson, and the Birth of the New World Disorder by Arthur Herman

In April 1917, Woodrow Wilson -- champion of American democracy, but also of segregation, advocate for free trade and a new world order based on freedom and justice -- thrust the United States into the First World War in order to make the "world safe for democracy" -- only to see his dreams for a liberal international system dissolve into chaos, bloodshed, and betrayal.

That October, Vladimir Lenin -- communist revolutionary and advocate for class war and "dictatorship of the proletariat" -- would overthrow Russia's earlier democratic revolution that had toppled the powerful czar, all in the name of liberating humanity -- and instead would set up the most repressive totalitarian regime in history, the Soviet Union.

In this incisive, fast-paced history, the New York Times bestselling author Arthur Herman brilliantly reveals how Lenin and Wilson rewrote the rules of modern geopolitics. Prior to and through the end of World War I, countries marched into war only to advance or protect their national interests. After World War I, countries began going to war over ideas. Together Lenin and Wilson unleashed the disruptive ideologies that would sweep the world, from nationalism and globalism to Communism and terrorism, and that continue to shape our world today.

Our new world disorder is the legacy left by Wilson and Lenin, and their visions of the perfectibility of man. One hundred years later, we still sit on the powder keg they first set the detonator to, through war and revolution.