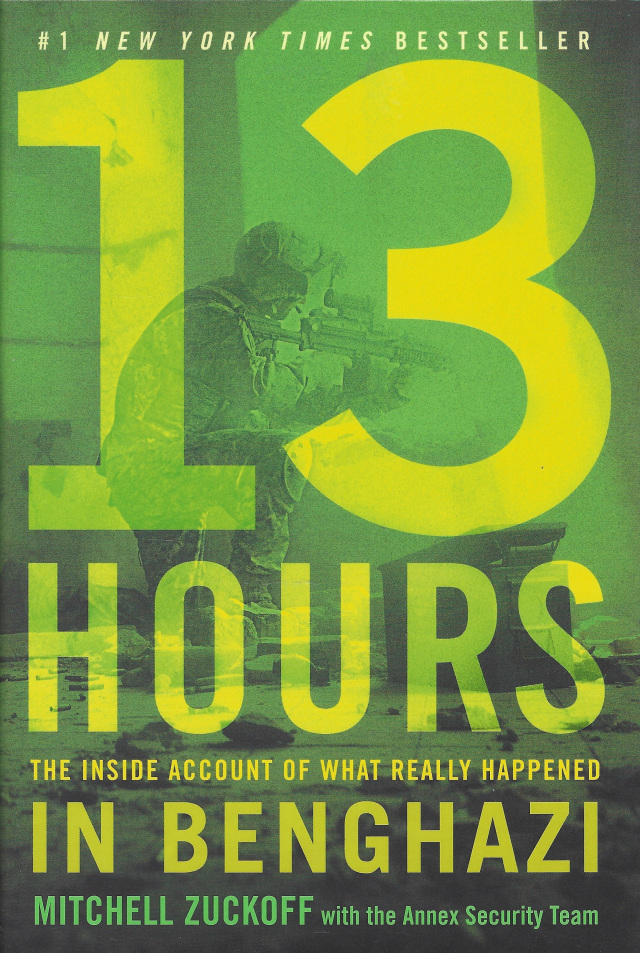 On the night of September 11, 2012, terrorists attacked the U.S. State Department Special Mission Compound and a nearby CIA station called the Annex in Benghazi, Libya. A team of six American security operators fought to repel the attackers and protect the Americans stationed there. Those men -- Mark "Oz" Geist, Kris "Tanto" Paronto, John "Tig" Tiegen, Jack Silva, Dave "D.B." Benton, and Tyrone "Rone" Woods -- went beyond the call of duty, performing extraordinary acts of courage and heroism, to avert tragedy on a much larger scale. This is their personal account, never before told, of what happened during the thirteen hours of that now infamous attack.

When the diplomatic Compound was overrun, the operators were initially told to stand down, but the team went into action regardless. Fighting to save lives while the Compound buildings were set ablaze and choking smoke reduced visibility to zero, the succeeded in retaking the Compound and then escaping to the relative safety of the nearby Annex. But more deadly attacks followed, involving grenades, mortars, and wave after wave of machine-gun fire. Stationed on the rooftops of the Annex, the team fought through the night to repel mounting enemy forces and firepower. Four Americans would not make it out alive, including Ambassador Christopher Stevens.

13 Hours sets the record straight on what happened during a night that has been shrouded in mystery and controversy. Written by New York Times bestselling author Mitchell Zuckoff, this riveting book takes readers into the action-packed story of heroes who laid their lives on the line for one another, for their countrymen, and for their country.