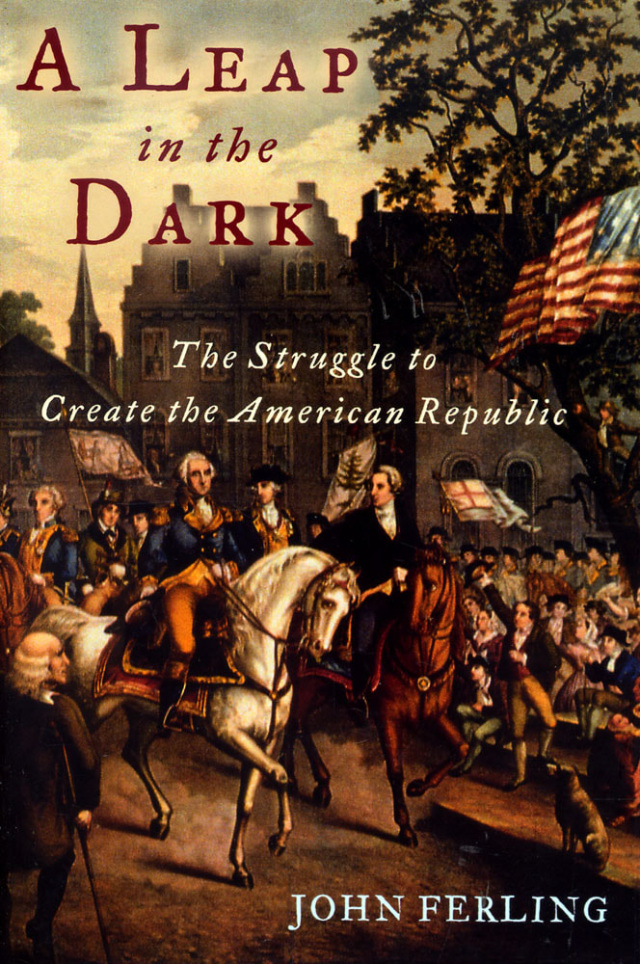 A LEAP IN THE DARK: THE STRUGGLE TO CREATE THE AMERICAN REPUBLIC by John Ferling

A Leap in the Dark: The Struggle to Create the American Republic by John Ferling

It was an age of brilliant leaders and agonizing choices, of soaring ideas and passionate conflicts. Even as it was happening, those who lived through the American Revolution knew it was an event that would change the world. Now acclaimed historian John Ferling offers a magisterial new history of the Revolutionary era, a swift-moving narrative that surges from the first rumblings of colonial protest to the volcanic outburst of 1776, and traces the seismic struggles of the new nation through the bitterly contested election of 1800.

Ferling's writing glints with colorful portraits: We meet Samuel Adams, the Bostonian whose common touch enabled him to mobilize the laboring classes; Benjamin Franklin, a loyal British subject who realized his heart -- and political opportunity -- lay with America; and others who tried in vain to stem the tide of revolution, like Philadelphia's Joseph Galloway and Boston's dour Andrew Oliver. One Loyalist described the danger and uncertainty of breaking with Britain as "a leap in the dark," and Ferling shows just how closely fought were the struggle for independence, the adoption of the Constitution, and the later battles between those who favored a centralized government and those who desperately feared on. Yet this is also a memorable study in leadership and the power of ideas. Here is the fire and tactical skill of patriots like Patrick Henry and John Adams, the difficult and doomed middle course of men like John Dickinson, and the titanic contest between Alexander Hamilton and Thomas Jefferson to shape the early republic. The political stakes, this book demonstrates, were extraordinary: first to carry out a revolution against a mighty empire, and then to determine that revolution's meaning.

John Ferling combines a lifetime scholar's deep knowledge of his period with the gifts of a born storyteller. A Leap in the Dark is his masterpiece, a work that stimulates, enlightens, and entertains in full measure.