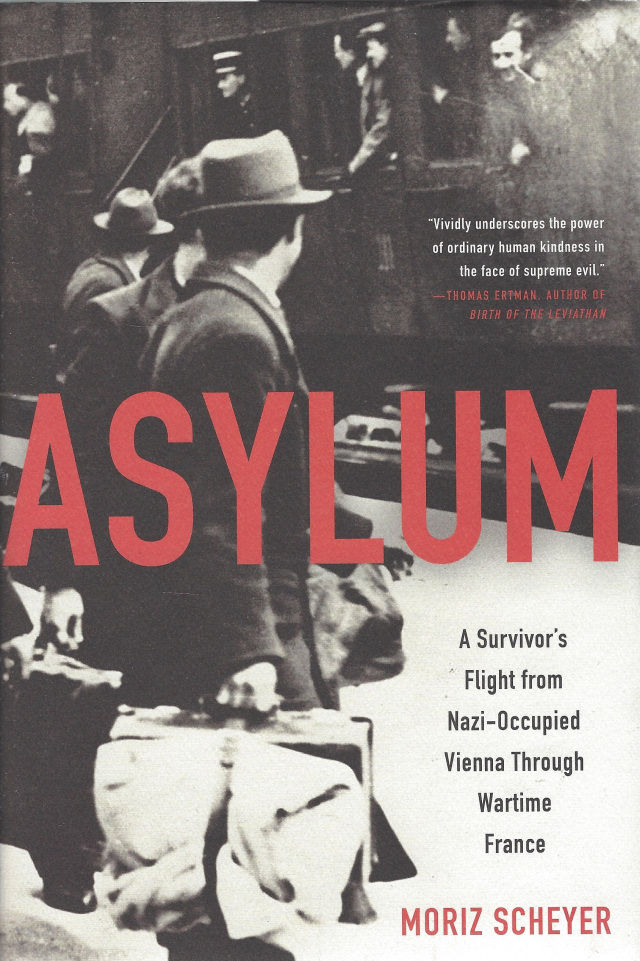 ASYLUM: A SURVIVOR'S FLIGHT FROM NAZI-OCCUPIED VIENNA THROUGH WARTIME FRANCE by Moriz Scheyer

Asylum: A Survivor's Flight from Nazi-Occupied Vienna Through Wartime France by Moriz Scheyer

As arts editor for one of Vienna's principal newspapers before the German invasion in 1938, Moriz Scheyer knew many of the city's great artists, from Stefan Zweig and Arthur Schnitzler to Bruno Walter, and was an important literary journalist in his own right. But when the vicious brutal hands of Nazism grabbed hold of Austria, Scheyer was force from his position and his home.

In 1943, while in hiding at a convent in the Dordogne region of France, Scheyer began drafting what would become this book -- his memoir. Tracing events from the Anschluss in Austria through life in Paris both prewar and under German occupation, the Exodus from Paris, his experiences of a French concentration camp, an escape attempt and contact with the Resistance, and a final, dramatic rescue and clandestine life in the convent, ASYLUM is tense, raw, and riveting in its immediate perspective and the minute details of those terrifying, endless days.

After Scheyer's death in 1949, his stepson -- who disliked the book and its emotive anti-German rhetoric -- destroyed the manuscript. Or thought he did. Recently, a carbon copy was discovered in the family's attic by P.N. Singer, the author's step-grandson, who has translated the work and provided an epilogue.