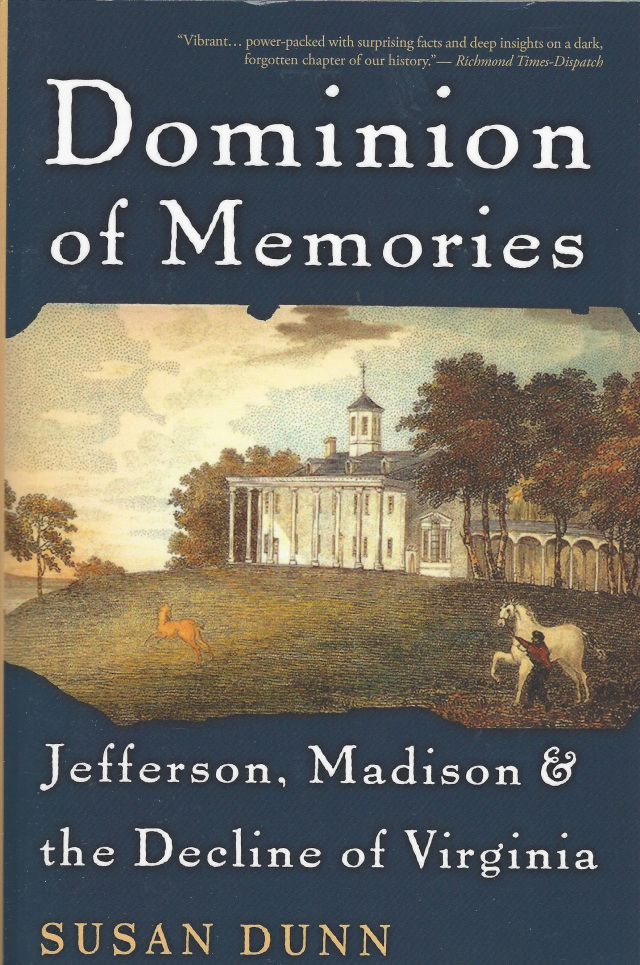 DOMINION OF MEMORIES: JEFFERSON, MADISON & THE DECLINE OF VIRGINIA by Susan Dunn

Dominion of Memories: Jefferson, Madison & the Decline of Virginia by Susan Dunn

For decades, the Commonwealth of Virginia led the nation. The premier state in population, size, and wealth, it produced a galaxy of leaders: Washington, Jefferson, Madison, Monroe, Mason, Marshall. Four of the first five presidents were Virginians. And yet by the middle of the nineteenth century, Virginia had become a byword for slavery, provincialism, and poverty. What happened?

Dominion of Memories reveals the little-known story of the decline of the Old Dominion. While the north rapidly industrialized, Virginia's leaders turned their backs on the accelerating modern world. In their last years, two of Virginia's greatest sons, Thomas Jefferson and James Madison, grappled with the plight of their state.

This remarkable book encapsulates, in the history of a single state, the struggle of an entire nation drifting inexorably toward civil war.