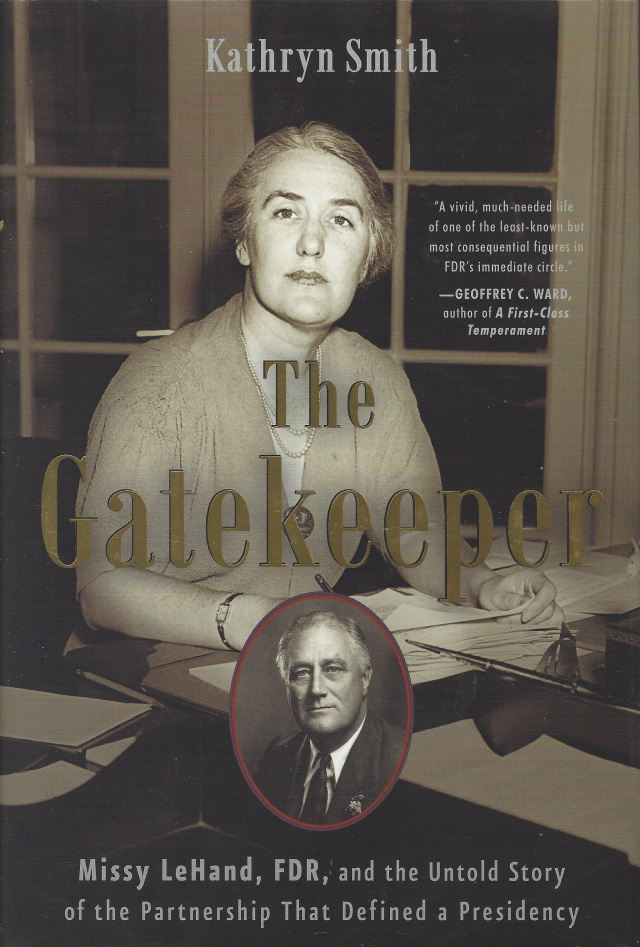 THE GATEKEEPER: MISSY LEHAND, FDR, AND THE UNTOLD STORY OF THE PARTNERSHIP THAT DEFINED A PRESIDENCYby Kathryn Smith

The Gatekeeper: Missy LeHand, FDR, and the Untold Story of the Partnership That Defined a Presidency by Kathryn Smith

Marguerite "Missy" LeHand was the private secretary and right-hand woman of Franklin Delano Roosevelt for more than twenty years, serving as de facto shief of staff in the White House -- a position never held by a woman before or since. From her perch at Roosevelt's side, she offered him counsel on Supreme Court and cabinet appointments -- and on events as momentous as the unfolding war in Europe (and as minor as whom to invite for dinner in the evenings).

Many would argue that LeHand's power and influence in his administration were unparalleled, even by her close friend and champion, Eleanor Roosevelt. Everyone in the White House knew one truth: If you wanted access to Franklin, you had to go through Missy. She was one of his most trusted advisors and lived on the third floor of the White House, where she was on call 24/7 -- affording her a unique perspective on the president that no one else could claim.

With unprecedented access to Missy's family and original source materials, and presenting never-before-published photos of Missy and FDR's inner circle, journalist Kathryn Smith tells the captivating story of the intelligent, loyal, and clever woman who had a front-row seat to history in the making. The Gatekeeper is a thoughtful, revealing story about a woman ahead of her time, about the true weight of her responsibility, and the tumultuous era in which she lived -- and a long overdue tribute to one of the most important female figures in American history.