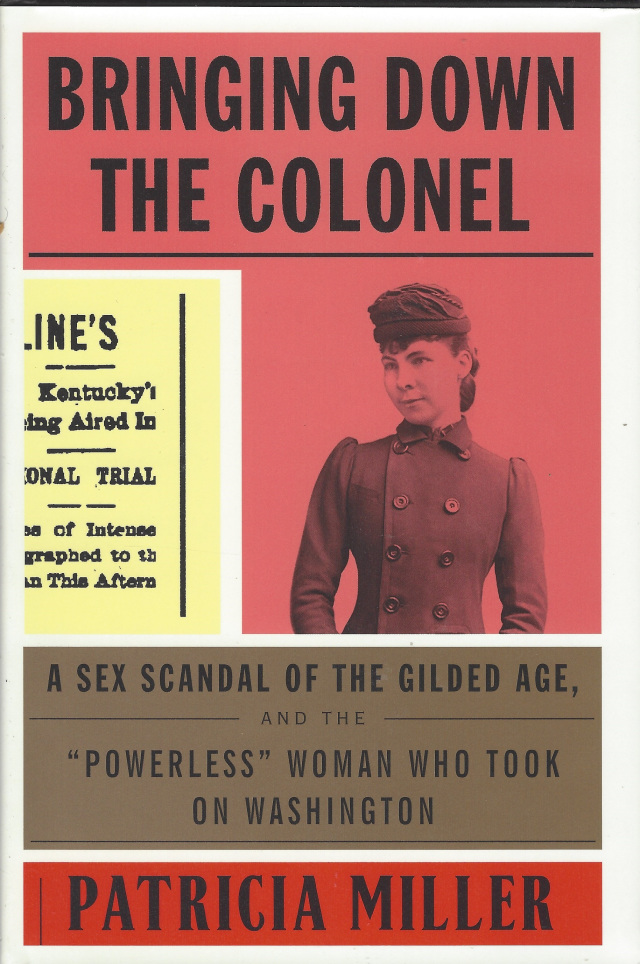 BRINGING DOWN THE COLONEL: A SEX SCANDAL OF THE GILDED AGE, AND THE "POWERLESS" WOMAN WHO TOOK ON WASHINGTON by Patricia Miller

Bringing Down the Colonel: A Sex Scandal of the Gilded Age, and the "Powerless" Woman Who Took on Washington by Patricia Miller

In the summer of 1893, headlines across the United States screamed of one thing: a virtually unknown woman was suing a well-respected congressman for fifty thousand dollars. "A Sensational Suit," cried Washington, D.C.'s Evening Star. The New York World asked, "Is It Blackmail?" and the Cincinnati Enquirer declared, "Nothing in recent years has created such a social agitation."

In Bringing Down the Colonel, the journalist Patricia Miller unveils and explores the unknown story of Madeline Pollard, whose suit illuminates a crucial moment in the history of women's rights. It was the culmination of a scandal ten years in the making. In the early 1880s, Colonel W.C.P. Breckinridge, a handsome, married, moralizing lawyer running for Congress, called on Madeline Pollard, a young student at the Wesleyan Female College, thus beginning a lengthy affair, one Pollard thought might someday end in marriage. When it didn't, she sued Breckinridge for breach of promise -- and thereby revealed their affair, her past pregnancies, and her now-sullied reputation. The audacity of Madeline Pollard's suit utterly shocked the nation. Even more shocking: she won.

As Miller tells Pollard's story, she also introduces other women worth knowing -- from Maria Halpin, raped and sent to an insane asylum by the future president Grover Cleveland, to Nisba Breckinridge, the colonel's daughter and the first woman to receive a Ph.D. in political science from the University of Chicago -- and charts the changes in attitudes about women and sex over the years. Bringing Down the Colonel is a riveting chronicle of lost American history: Madeline Pollard's story is resonant and redemptive.

THIS IS A BRAND NEW BOOK. THERE IS A BLACK "CLOSEOUT/REMAINDER" MARK ON THE TOP PAGE EDGES,