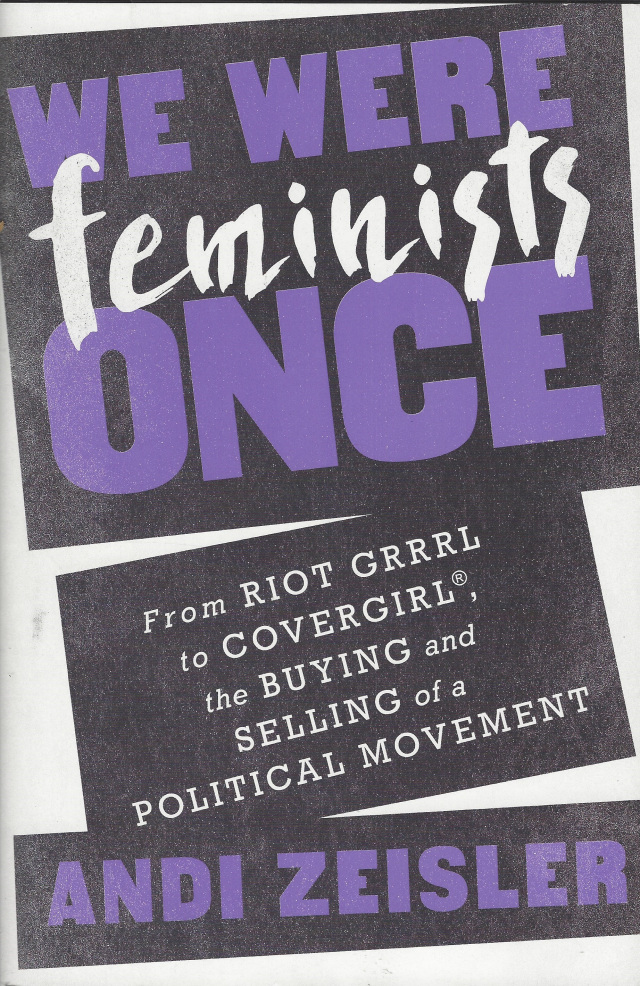 WE WERE FEMINISTS ONCE: FROM RIOT GRRRL TO COVERGIRL -- THE BUYING AND SELLING OF A POLITICAL MOVEMENT by Andi Zeisler

We Were Feminists Once: From Riot Grrrl to Covergirl, the Buying and Selling of a Political Movement by Andi Zeisler

Feminism has hit the big time. Once a dirty word brushed away with a grimace, "feminist" has been rebranded as a shiny label sported by movie and pop stars, fashion designers, and multi-hyphenate powerhouses like Beyonce. It drivesadvertising and marketing campaigns for everything from wireless plans to underwear to perfume, presenting what's long been a movement for social justice as just another consumer choice in a vast market. Individual self-actualization is the goal, shopping more often than not the means, and celebrities the mouthpieces.

But what does it mean when social change becomes a brand identity? Feminism's splashy arrival at the center of today's media and pop-culture marketplace, after all, hasn't offered solutions to the movement's unfinished business. Planned Parenthood is under sustained attack, women are still paid 77 percent -- or less -- of the man's dollar, and vicious attacks on women, both on- and offline, are utterly routine.

Andi Zeisler, a founding editor of Bitch Media, draws on more than twenty years' experience interpreting popular culture in this biting history of how feminism has been co-opted, watered down, and turned into a gyratory media trend. Surveying movies, television, advertising, fashion, and more, Zeisler reveals a media landscape brimming with the language of empowerment, but offering little in the way of transformational change. Witty, fearless, and unflinching, We Were Feminists Once is the story of how we let this happen, and how we can amplify feminism's real purpose and power.