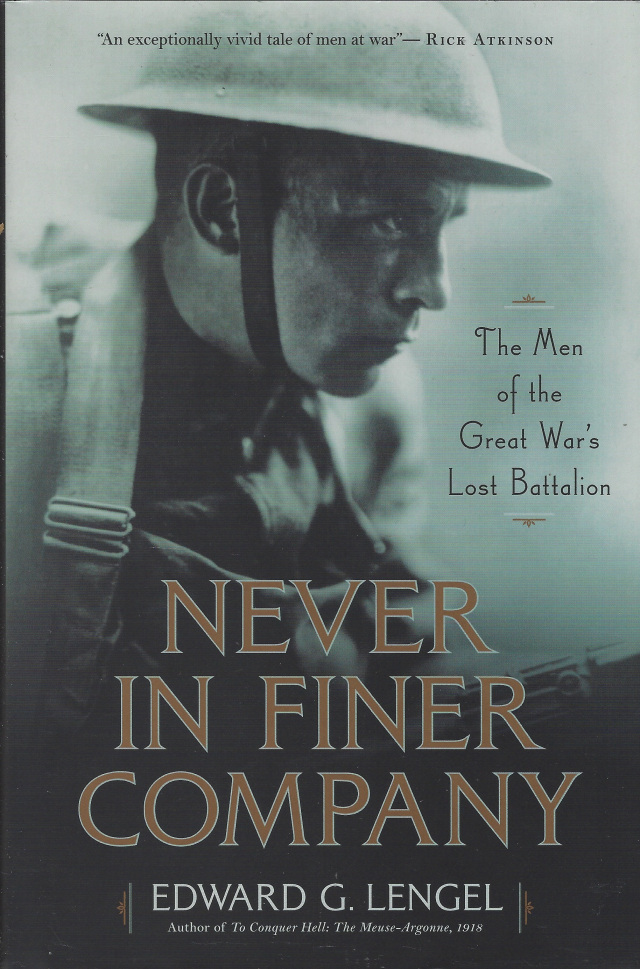 In the first week of October, 1918, six hundred men attacked into Europe's forbidding Argonne Forest. Against all odds, they surged through enemy lines -- alone. They were soon surrounded and besieged. As they ran out of ammunition, water, and food, the doughboys withstood constant bombardment and relentless enemy assaults. Seven days later, only 194 soldiers from the original unit walked out of the forest. The determined stand of the U.S. Army's "Lost Battalion" remains an unprecedented display of heroism under fire.

Never in Finer Company tells the stories of four men whose lives were forever changed by the ordeal: Major Charles Whittlesey, a lawyer dedicated to serving his men at any cost; Captain George McMurtry, a New York stockbroker who becomes a tower of strength under fire; Corporal Alvin York, a country farmer whose famous exploits help rescue his beleaguered comrades; and Damon Runyon, an intrepid newspaper man who interviews the survivors and weaves their experiences into the American epic. Emerging from the patriotic frenzy that sent young men "over there," each of these four men trod a unique path to the October days that engulfed them -- and continued to haunt them as they struggled to find peace.

Uplifting and compelling, Never in Finer Company is a deeply moving and dramatic story on an epic scale.