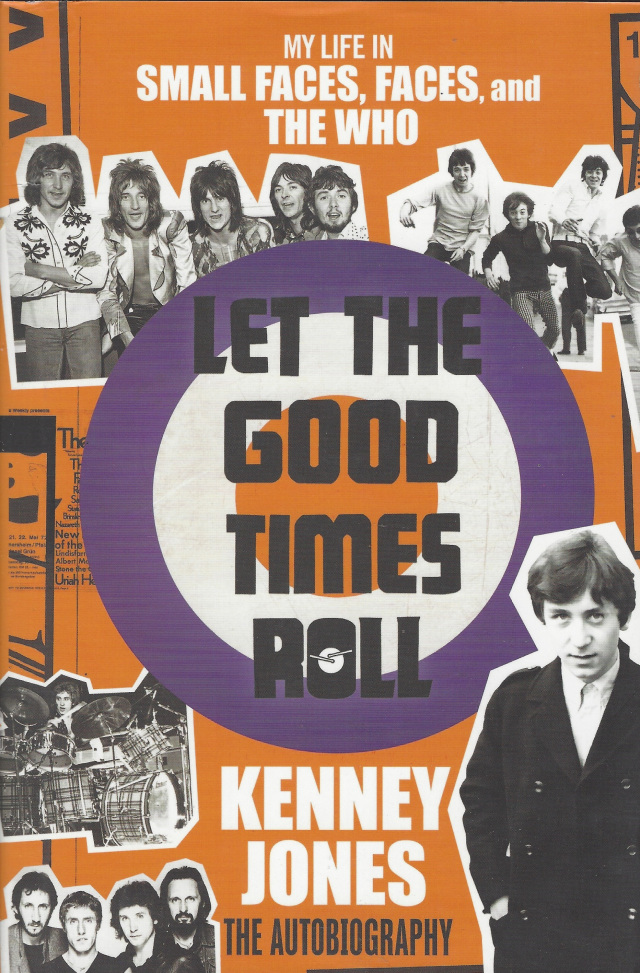 LET THE GOOD TIMES ROLL: MY LIFE IN SMALL FACES, FACES, AND THE WHO by Kenney Jones

Let the Good Times Roll: My Life in Small Faces, Faces, and The Who by Kenney Jones

From the Mod revolution and the British Invasion, through the psychedelic era, and into the exuberance and excesses of stadium rock, Kenney Jones helped to build rock and roll as we know it. He was the beat behind three of the world's most enduring and significant bands.

And he wasn't just in the right place at the right time -- along with Keith Moon, John Bonham, and Charlie Watts, Jones is regarded as one of the greatest drummers of all time, sought after by a wide variety of the best-known and bestselling artists to bring his unique skill into the studio for the recording of classic albums and songs -- including: of course, the Rolling Stones' "It's Only Rock and Roll (But I Like It)."

Jones is no shallow rock star. This is the story of a ragamuffin from the East End of London, a boy who combated dyslexia to find a medium in which he could uniquely excel, then later had to face the sadness of bandmates, friends since his teens, dying early. Through the wilderness years when the good times seemed to have gone, Jones had little to fall back on, but he found a way through, despite having to overcome cancer twice.

Kenney Jones has seen it all, played with everyone, and partied with all of them. He's enjoyed the highs, battled the lows, and emerged in one piece. Let the Good Times Roll is a breathtaking immersion into music past that will leave you feeling like you lived it too.

THERE IS A BLACK "CLOSEOUT/REMAINDER" MARK ON THE TOP PAGE EDGES.....