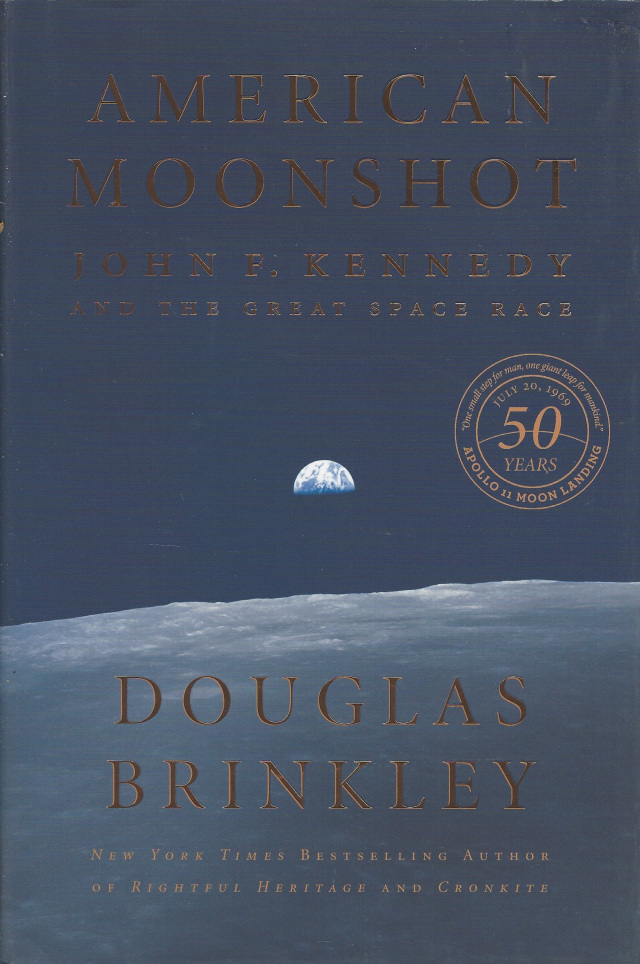 Just months after being elected president of the United States, John F. Kennedy made an astonishing announcement to the nation: we would put a man on the moon by the end of the decade. In this engrossing epic of contemporary history, Douglas Brinkley returns to the 1960s to re-create one of humankind's most exciting and ambitious achievements. American Moonshot brings together the extraordinary political, cultural, and scientific factors that fueled the birth and development of NASA and the Mercury, Gemini, and Apollo projects, which catapulted the United States to victory in the space race against the Soviet Union at the height of the Cold War.

Drawing on new primary source material and recent scholarship, Brinkley brings to life this fascinating history as no one has before. American Moonshot is a portrait of the brilliant men and women who made this giant leap possible, the technology that enabled them to propel men beyond Earth's orbit to the moon and return them safely, and the geopolitical tensions that ignited Kennedy's audacious dream. At the center of this story is Kennedy himself. As Brinkley shows, the president's call to action was more than just soaring oratory -- Kennedy was intimately involved in the creation of the space program, and he made it a top priority of his New Frontier agenda, fighting the tough political battles to make his vision a reality.

Featuring a cast of iconic and sometimes controversial figures, such as rocketeer Wernher von Braun, astronaut John Glenn, and space booster Lyndon Johnson, American Moonshot is a vivid, enthralling chronicle of one of the nation's most thrilling, hopeful, and turbulent eras. This is living history at its finest -- but also an homage to scientific ingenuity, engineering genius, human curiosity, and the boundless American spirit.