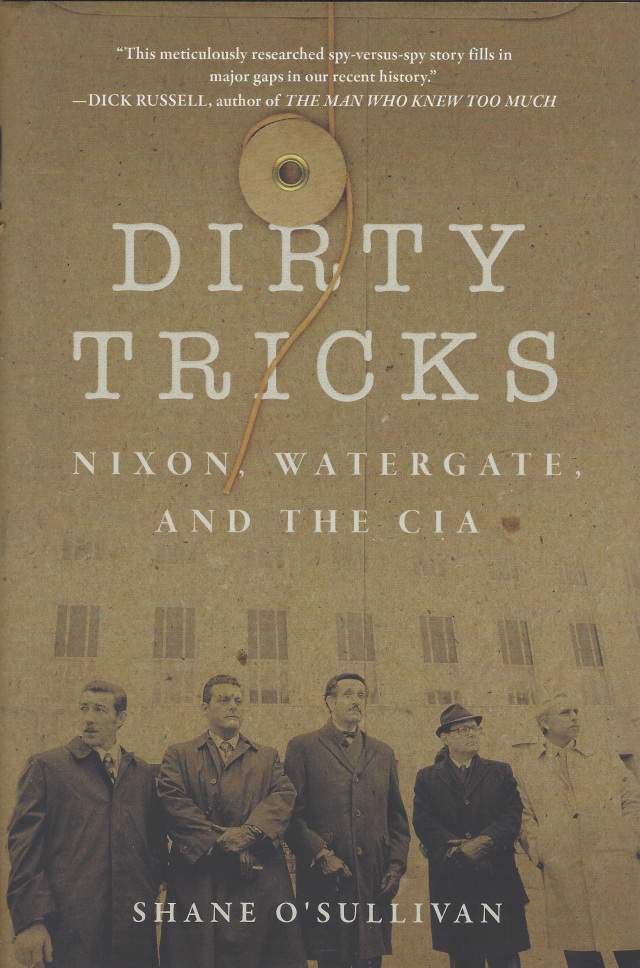 DIRTY TRICKS: NIXON, WATERGATE, AND THE CIA by Shane O'Sullivan

Dirty Tricks: Nixon, Watergate, and the CIA by Shane O'Sullivan

The victory of Richard Nixon in the U.S. presidential election of 1968 swung on an "October Surprise" -- a treasonous plot engineered by key figures in the Republican Party to keep the South Vietnamese government away from peace talks in Paris, costing thousands of American lives.

There is growing evidence that the CIA was deeply involved in illegal domestic operations targeting Daniel Ellsberg, and in the Watergate break-ins during Nixon's 1972 campaign, which ultimately led to his downfall. CIA Director Richard Helms's relationship with Watergate burglar E. Howard Hunt was much closer than previously disclosed, and the CIA agent inside the plot was sent on a double agent mission by American intelligence after he got out of prison.

Drawing on newly classified files and previously unpublished documents, Dirty Tricks debunks the myths around Watergate and deepens our understanding of the "dirty tricks" that undermined democracy during the Nixon years and destroyed public trust in politics during the seventies. These scandals turn on the covert action of two powerful interest groups -- the senior CIA officers around Helms, and the key advisors around Nixon -- in this chilling story of political espionage and deception.