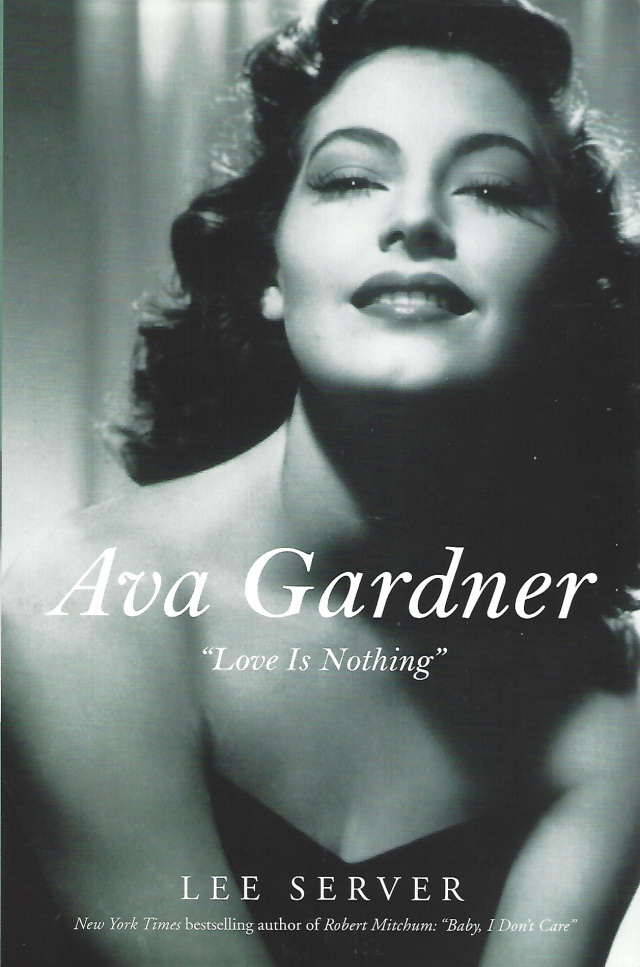 AVA GARDNER: "LOVE IS NOTHING" by Lee Server

Ava Gardner: "Love is Nothing" by Lee Server

Men, literally had to prop themselves against buildings when she walked by -- she was that beautiful. She was the sex symbol who dazzled all the other sex symbols. She was the temptress who drove Frank Sinatra to the bring of suicide and haunted him to the end of his life. Ernest Hemingway saved one of her kidney stones as a sacred memento, and Howard Hughes begged her to marry him but she knocked out his front teeth instead. Her charismatic presence, jaw-dropping beauty, and fabulous, scandalous adventures fueled the legend that Ava Gardner became: one of the great icons in Hollywood history -- star of The Killer, The Barefoot Contessa, and The Night of the Iguana -- one of the few stars whose actual life was grander and more colorful than any movie

Ava Gardner: "Love is Nothing" is the first complete biography of this extraordinary figure, the barefoot farm girl from North Carolina who became a Hollywood goddess. Prodigiously researched, the book is filled with fresh insight from hundreds of exclusive interviews with Ava's colleagues, close friends, and lovers. Written with great style and a sense of time and place, it is a vivid re-creation of a life of incredible glamour, hedonism, and self-destruction, a life painted in bold colors on a spectacular public canvas: big-studio Hollywood in the forties and fifties; MGM musicals and the birth of film noir; exotic locations from Pakistan, East Africa, and tropical Mexico to Sinatra's Las Vegas, the Rome of La Dolce Vita, and the Spain of fearless bullfighters and murderous dictators.

But no less a spectacle is Ava's tumultuous private life and inner torment, the price she paid for her great fame and beauty, and her lifelong, darkly romantic search for love. Lee Server's account of the Gardner-Sinatra romance and marriage is the most detailed yet of this legendary pairing and full of new and sometimes shocking information about theiir passionate, stormy relationship.

Gardner's last years were spent in London, and Server's chapters about that solitary time in her life, when disease sprang up and attention died down, are raw and moving.

Ava Gardner: "Love is Nothing" is both an exception work of biography and a richly entertaining read -- colorful, outlandish, and surprising. This is the definitive biography of Hollywood's most glamorous, restless, and uninhibited star.