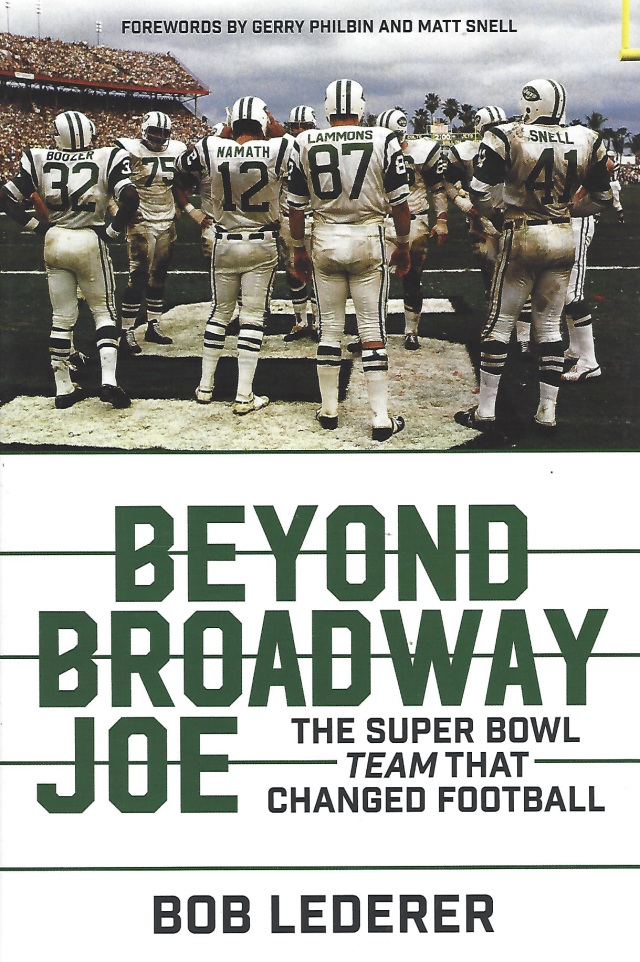 BEYOND BROADWAY JOE: THE SUPER BOWL TEAM THAT CHANGED FOOTBALL by Bob Lederer

Beyond Broadway Joe: The Super Bowl TEAM that Changed Football by Bob Lederer

In 1968, Joe Namath, the quarterback of the New York Jets, dominated the headlines as a national celebrity and counterculture figure. The Jets were a vastly talented but under-appreciated team that drew constant attention due to Namath, but were not taken seriously by fans. When the Jets earned their way to Super Bowl III to face an eighteen-point favorite Baltimore Colts squad, Namath put all the pressure on himself by shockingly "guaranteeing" a Jets victory. He fulfilled his promise, but knew he didn't do it alone. As Broadway Joe said in the post-game locker room: "We've got the team, brother."

In Beyond Broadway Joe: The Super Bowl TEAM that Changed Football, thirty-six surviving members of that legendary 1968 team share for the first time their funny, poignant, and insightful personal stories about their Super Bowl teammates and coaches, and the historic win that changed football forever. Readers will learn what Namath's teammates thought about his "guarantee," find out what Jets coaches discovered on the field early during Super Bowl III that Namath and the defense used to frustrate the Colts, and delight in how the thirty-nine Jets who took the field each week with Namath enabled him to live up to his Super Bowl vow. Author Bob Lederer reviews head coach Weeb Ewbank's never-before-seen player evaluations -- that they didn't know existed -- and provides a rich history of the Jets franchise, from how these thirty-nine forgotten players became Jets, and the road ten of them took to become AFL all-stars in 1968.

This definitive review of the entire Jets' Super Bowl team is a must for every Jets diehard, for fans of the Old American Football League, and for all who love the game.