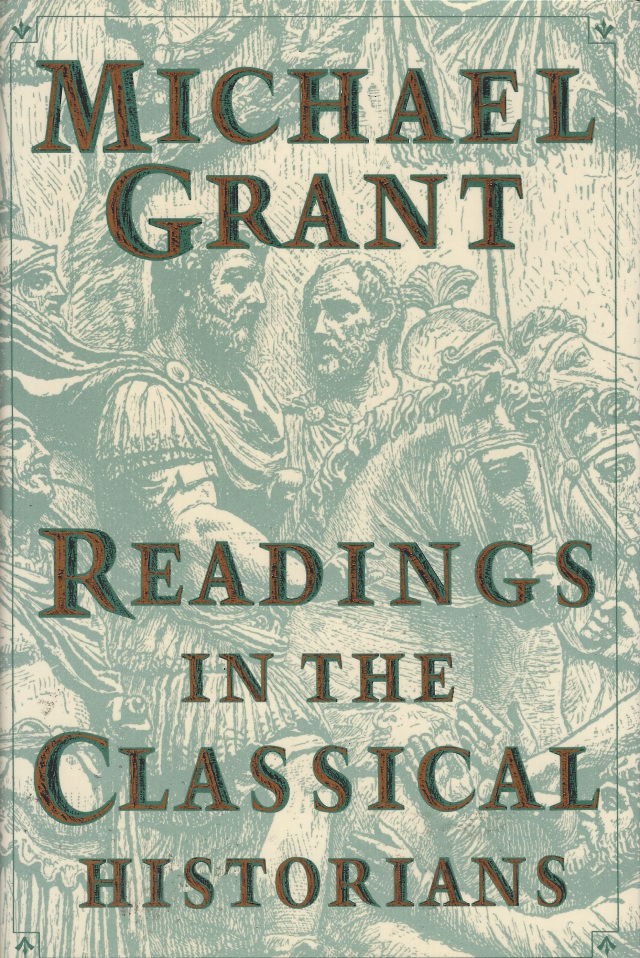 READINGS IN THE CLASSICAL HISTORIANS Edited by Michael Grant

Readings in the Classical Historians Edited by Michael Grant

The preeminent classics scholar Michael Grant here presents a comprehensive anthology of the classical historians -- from the early Greeks through the late Romans, right up to the beginnings of the Christian era. Included are the significant writers who chronicled the major events of early Western civilization and laid the foundations of the discipline: Herodotus, Thucydides, Xenophon, Julius Caesar, Livy, Plutarch, Tacitus, Appian, among others. In his general introduction, a chronology of events, and introductions to each historian, Grant places the classical historians in the context of their contemporary world and in the overall context of Western culture. With its generous and carefully ordered selections, Readings in the Classical Historians is an essential text for students of classics and history.

This is a USED BOOK in FINE condition. The dust wrapper is in LIKE NEW condition