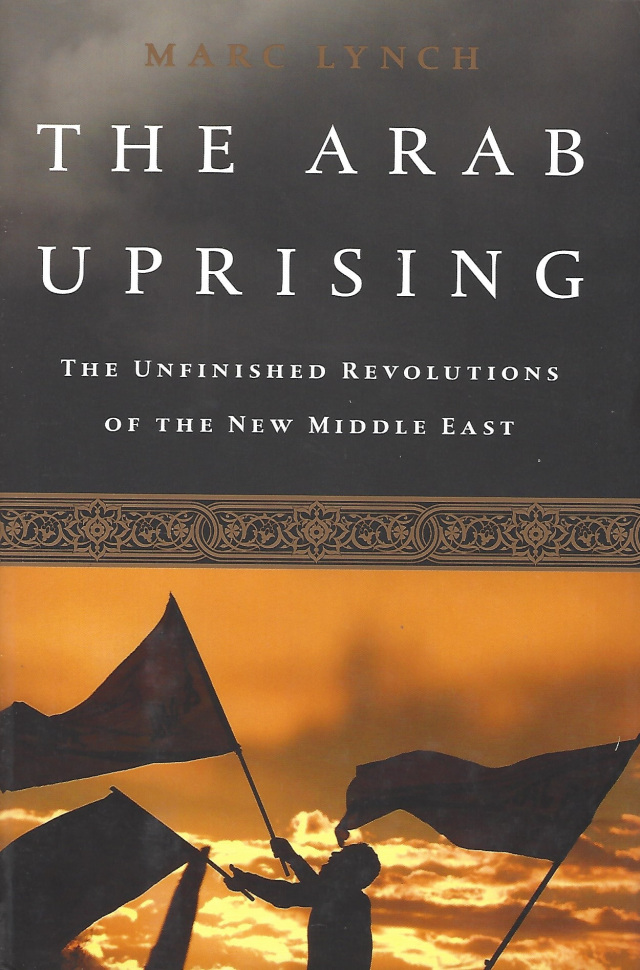 THE ARAB UPRISING: THE UNFINISHED REVOLUTIONS OF THE NEW MIDDLE EAST by Marc Lynch

The Arab Uprising: The Unfinished Revolutions of the New Middle East by Marc Lynch

Barely a year after the self-immolation of a young fruit seller in Tunisia, a vast wave of popular protest has convulsed the Middle East, overthrowing long-ruling dictators and transforming the region's politics almost beyond recognition. But the biggest transformations are yet to come.

An insider to both American policy and the world of the Arab public, Marc Lynch shows that the fall of particular leaders is but the least of the changes that will emerge from months of unrest. The far-ranging implications of the rise of an interconnected and newly-empowered Arab populace have only begun to be felt. Young, frustrated Arabs now know that protest can work and that change is possible. They have lost their fear -- meanwhile their leaders, desperate to survive, have heard the unprecedented message that killing their own people will no longer keep them in power. Even so, as Lynch reminds us, the last wave of region-wide protest in the 1950s and 1960s resulted not in democracy, but in brutal autocracy. Will the Arab world's struggle for change succeed in building open societies? Will authoritarian regimes regain their grip, or will Islamist movements seize the initiative to impose a new kind of rule?

The Arab Uprising follows these struggles from Tunisia and Egypt to the harsh battles of Yemen, Bahrain, Syria, and Libya and to the cautious reforms of the regions' monarchies. It examines the real meaning of the rise of Islamist movements in the emerging democracies, and the long-term hopes of a generation of activists confronted with the limits of their power. It points toward a striking change in the hierarchy of influence, as the old heavyweights -- Iran, Al Qaeda, even Israel -- have been all but left out while oil-rich powers like Saudi Arabia and "swing states" like Turkey and Qatar find new opportunities to spread their influence. And it reveals how America must adjust to the new realities.

Deeply informed by inside access to the Obama administration's decision-making process and first-hand interviews with protestors, politicians, diplomats, and journalists, The Arab Uprising highlights the new fault lines that are forming between forces of revolution and counter-revolution, and shows what it all means for the future of American policy. The result is an indispensible guide to the changing lay of the land in the Middle East and North Africa.