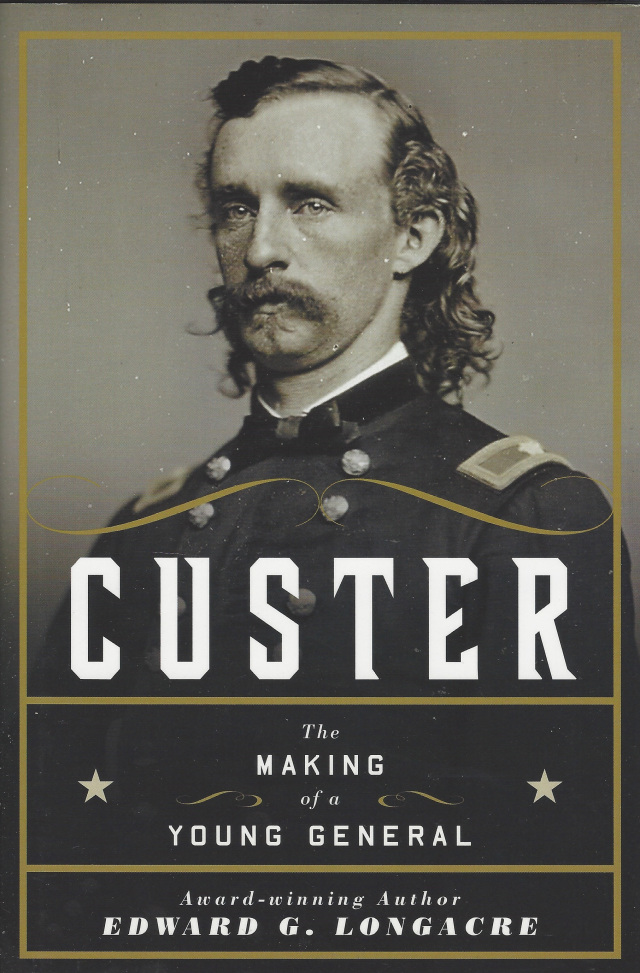 CUSTER: THE MAKING OF A YOUNG GENERAL by Edward G. Longacre

Custer: The Making of a Young General by Edward G. Longacre

The name George Armstrong Custer looms large in American history, specifically for his leadership in the American Indian Wars and unfortunate fall at the Battle of Little Bighorn. But before his time in the West, Custer began his career fighting for the Union in the American Civil War. In Custer: The Making of a Young General, legendary Civil War historian Edward G. Longacre provides fascinating insight into this often-overlooked period in Custer's life.

In 1863, under the patronage of General Alfred Pleasonton, commander of the Army of the Potomac's horsemen, a young but promising twenty-three-year-old Custer rose to the unprecedented rank of brigadier general and was placed in charge of the untried Michigan Cavalry Brigade. Although over time Custer would bring out excellence in his charges, eventually leading the Wolverines to prominence, his first test came just days later at Hanover, then Hunterstown, and finally Gettysburg. In these campaigns and subsequent ones, Custer's reputation for surging ahead regardless of the odds (almost always with successful results that appeared to validate his calculating recklessness) was firmly established.

More than just a history book, Custer: The Making of a Young General is a study of Custer's formative years; his character and personality; his attitudes toward leadership; his tactical preferences, especially for the mounted charge; his trademark brashness and fearlessness; his relations with his subordinates; and his attitudes toward the enemy with whom he clashed repeatedly in Pennsylvania and Virginia. Custer goes into greater depth and detail than any other study of Custer's Civil War career, while firmly refuting many of the myths and misconceptions regarding his personal life and military service. Fascinating and insightful, it belongs on the shelf of every history buff.