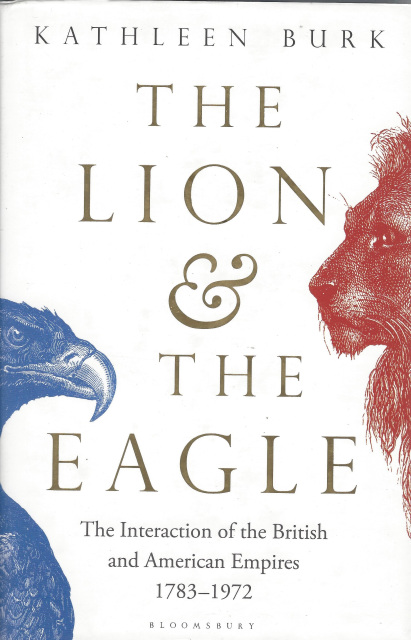 THE LION & THE EAGLE: THE INTERACTION OF THE BRITISH AND AMERICAN EMPIRES, 1783 - 1972 by Kathleen Burk

The Lion & The Eagle: The Interaction of the British and American Empires, 1783 - 1972 by Kathleen Burk

Throughout modern history, British and American rivalry has gone hand in hand with common interests. The Lion and the Eagle brilliantly examines the different kinds of power the two empires have projected, and the means they have used to do it. What the two empires have shared is a mixture of pragmatism, ruthless commercial drive, a self-righteous foreign policy, and plenty of naked aggression. These have been directed at each other more than once, yet their underlying alliance against common enemies has been historically unique and a defining force throughout the twentieth century.

This is a global and epic history of the rise and fall of empires. It ranges from America's futile attempts to conquer Canada to her success in opening up Japan but rapid loss of leadership to Britain; from Britain's success in forcing China open China to her loss of the Middle East to the U.S.; and from the American conquest of the Philippines to her destruction of the British Empire. The Pax Americana replaced the Pax Britannica, but now the American world order is fading, threatening Britain's belief in her own world role.

In our uncertain times, this is the history we need: authoritative, measured, and compelling.