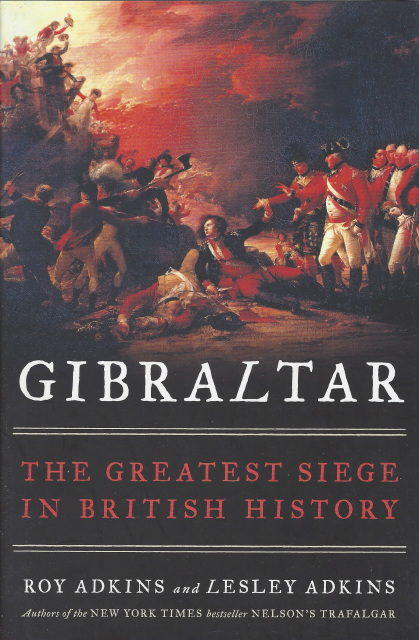 GIBRALTAR: THE GREATEST SIEGE IN BRITISH HISTORY by Roy Adkins and Lesley Adkins

Gibraltar: The Greatest Siege in British History by Roy Adkins and Lesley Adkins

From 1779 to 1783, the tiny territory of Gibraltar was besieged and blockaded, on land and at sea, by the overwhelming forces of Spain and France. Britain's obsession with saving its garrison there ultimately helped account for its loss of the American colonies in the War of Independence.

Located between the Mediterranean and Atlantic, on the very edge of Europe, Gibraltar was a place of varied nationalities, languages, religions, and social classes. In the siege, thousands of soldiers, civilians, and their families withstood terrifying bombardments, starvation, and disease, while the conflict produced deadly artillery developments, including red-hot shot, shrapnel shells, and immense floating batteries. Very ordinary people endured extraordinary events, from shipwrecks and naval battles to a dramatic sortie from Gibraltar into Spain.

This is military and social history at its best, a story of royalty and rank and file, workmen and engineers, priests, prisoners of war, spies and surgeons, all caught up in a struggle for a fortress located on little more than two square miles of awe-inspiring rock.