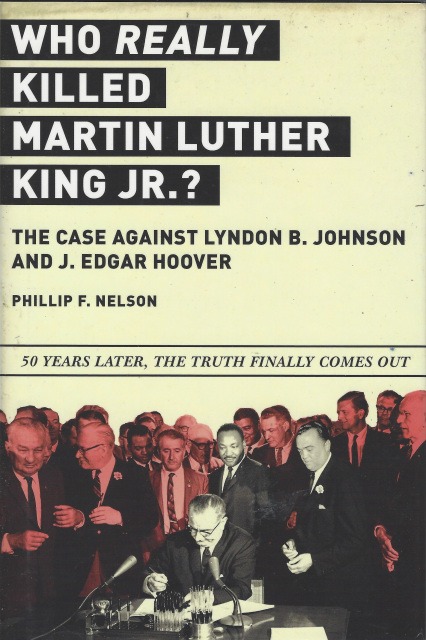 One of the most infamous and devastating assassinations in American history, the murder of civil rights leader Martin Luther King Jr., was also one of the most quickly resolved by authorities: James Earl Ray was convicted of the crime less than a year after it occurred. Yet did they catch the right person? Or was Ray framed by President Lyndon B. Johnson and FBI Director J. Edgar Hoover?

In Who Really Killed Martin Luther King Jr.?, Phillip F. Nelson explores the tactics used by the FBI to portray Ray as a southern racist and stalker of King. He shows that early books on King's death were written for the very purpose of "dis-informing" the American public, at the behest of the FBI and CIA, and are filled with proven lies and distortions.

As Nelson methodically exposes the original constructed false narrative as the massive deceit that it was, he presents a revised and corrected account in its place, based upon proven facts that exonerate James Earl Ray. Nelson's account is supplemented by several authors, including Harold Weisberg, Mark Lane, Dick Gregory, John Avery Emison, Philip Melanson, and William F. Pepper.

Nelson also recounts numerous instances of how government investigators -- the FBI originally, then the Department of Justice in 1976, the House Select Committee on Assassinations investigators in 1978, and the DOJ again in 2000 -- deliberately avoided pursuing any and all leads which pointed toward Ray's innocence.