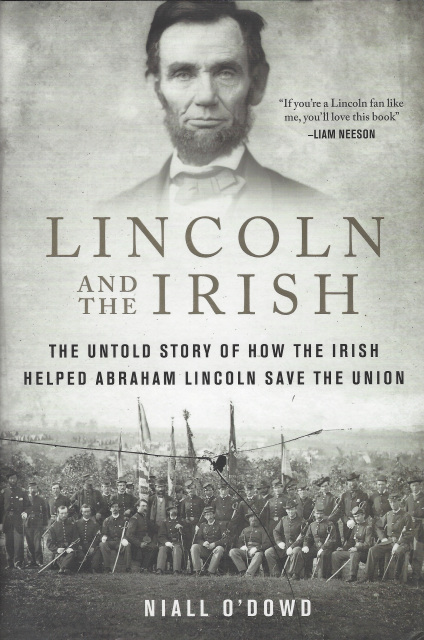 LINCOLN AND THE IRISH: THE UNTOLD STORY OF HOW THE IRISH HELPED ABRAHAM LINCOLN SAVE THE UNION by Niall O'Dowd

Lincoln and the Irish: The Untold Story of How the Irish Helped Abraham Lincoln Save the Union by Niall O'Dowd

When Pickett charged at Gettysburg, it was the Fighting Irish 69th who held fast while the surrounding regiments broke and ran. And it was Abraham Lincoln who, after the battle of Malvern Hill, picked up a corner of one of the Irish colors, kissed it, and said, "God bless the Irish flag."

Lincoln and the Irish untangles one of the most fascinating subjtexts of the Civil War: Abraham Lincoln's relationship with the men and women coming to America to escape the Irish famine.

Renowned Irish-American journalist Niall O'Dowd gives unprecedented insight into a relationship that began with mutual disdain. Lincoln saw the Irish as instinctive supporters of the Democratic opposition, while the Irish saw the English landlord class in Lincoln's Republicans. But that dynamic would evolve, and the Lincoln whose first political actions included intimidating Irish voters at the polls would eventually hire Irish nannies and donate to the Irish famine fund. The Irish would repay Lincoln's faith -- the numbers and courage would help swing the Civil War in his favor, and among them would be some of his best generals and staunchest advocates.