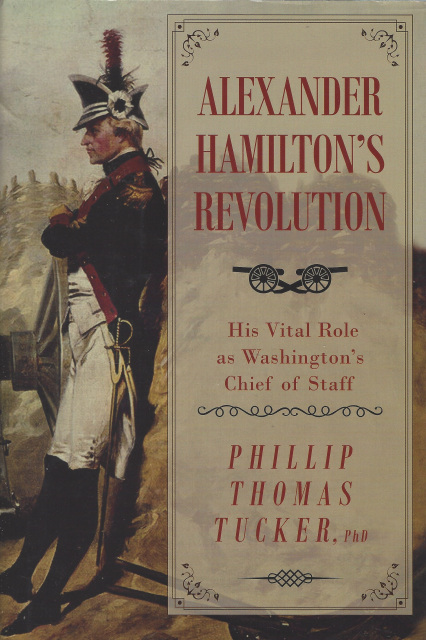 Despite his less-than-promising beginnings as the only key Founding Father not born and raised on American soil, Hamilton was one of the best and brightest of his generation. His notoriety has rested almost entirely on his role as secretary of the treasury in Washington's administration, yet few realize that Washington and Hamilton's bond was forged during the Revolutionary War. Alexander Hamilton's Revolution is the first book to explore Hamilton's critical role during the battle for independence. New information presents a little-known and under-published aspect of Hamilton's life: that he was not only Washington's favorite staff officer but also his right-hand man for most of the Revolution, serving as chief of staff from 1777 to early 1781.

While he found this position rewarding, Hamilton continually asked Washington for a field command. Hamilton's wish was granted at the decisive Battle of Yorktown, where his infantry battalion charged on the defensive bastion on Cornwallis's left flank. Hamilton's capture of this position, while French forces captured the adjacent position, sealed Cornwallis's fate and forced his surrender and ultimate colonial victory.

The entire patriotic cause benefited immeasurably from the advice and strategies provided to Washington by his youngest staff officer, Alexander Hamilton. Now, those critical contributions are brought to light in Alexander Hamilton's Revolution.