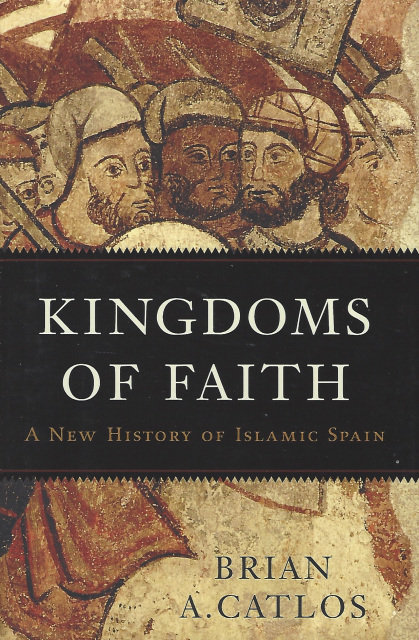 KINGDOMS OF FAITH: A NEW HISTORY OF ISLAMIC SPAIN by Brian A. Catlos

Kingdoms of Faith: A New History of Islamic Spain by Brian A. Catlos

Kingdoms of Faith is a magisterial, myth-dispelling account of Islamic Spain that will change how we view one of the central dramas in European and Islamic history. The award-winning historian Brian A. Catlos chronicles nearly one thousand years of war, intrigue, religious passion, and cultural achievement, while introducing a significant new interpretation of the forces that shaped the land the Arabs called "al-Andalus."

Catlos opens with the founding of Islam in the early seventh century, which launched a wave of conquest that saw Muslim armies sweep across North Africa and over the Strait of Gibraltar to Spain in 711. Crushing or co-opting their rivals, the conquerors established a powerful, religiously diverse empire that dominated the Western Mediterranean for centuries before collapsing under the stress of internal conflict and foreign invasion. Although their last outpost, the kingdom of Granada, fell to Christian armies in 1492, the Muslims of Spain survived further displacements and forced conversion s until their final expulsion in 1614.

Against longstanding assumptions, Carlos contends that Islamic Spain was neither a paradise of enlightened tolerance nor a battleground of clashing civilizations. Instead, Muslims, Christians, and Jews together built a culturally and scientifically sophisticated civilization, even as they struggled against each other and their coreligionists.

Islamic Spain served as a bridge between an underdeveloped Europe and a cosmopolitan Islamic world, and was instrumental in laying the foundations for the Renaissance, the age of European ascendancy, and modern Jewish culture. A richly textured history of a crucial, yet misunderstood era, Kingdoms of Faith ultimately reveals the origins of our interconnected, pluralistic world today.