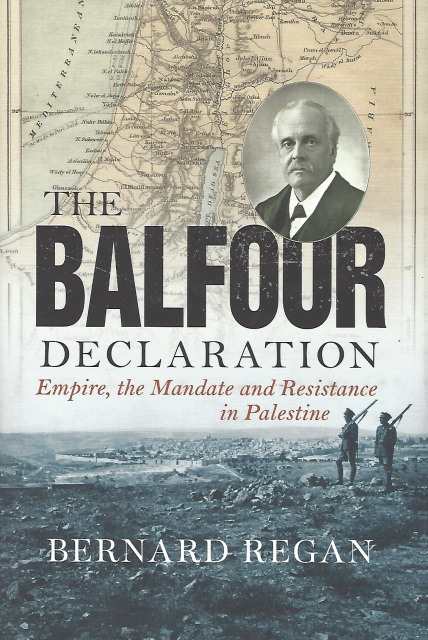 THE BALFOUR DECLARATION: EMPIRE, THE MANDATE, AND RESISTANCE IN PALESTINE by Bernard Regan

The Balfour Declaration: Empire, the Mandate and Resistance in Palestine by Bernard Regan

On 2 November 1917, the British government, represented by Foreign Secretary Arthur Balfour, declared it was in favour of "the establishment in Palestine of a national home for the Jewish people." This short note would become one of the most controversial documents of its time.

A hundred years later, Bernard Regan recounts the composition of the Balfour Declaration as one of the major events in the history of the Middle East. Offering new insights into the imperial rivalries between Britain, Germany, and the Ottomans, Regan exposes British policy in the region as part of a larger geopolitical game. Yet, even then, the course of events was not straightforward, and Regan charts the debates within the British government, the Zionist movement, and the Palestinian groups struggling for self-determination.

The after-effects of these events are still being felt today. Bernard Regan's urgent, timely history excavates the origins of the current crisis.