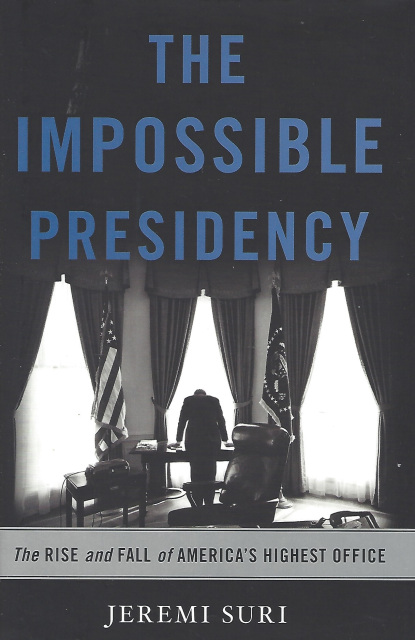 Suri argues that the immense accomplishment of these giants left their successors with out-sized and unrealistic expectations. John F. Kennedy, Lyndon B. Johnson, and Ronald Reagan lost control of their agendas as they were buffeted by the onrush of events and threats their predecessors never had to face, from nuclear crises to terrorist attacks. Bill Clinton and Barack Obama were propelled to the presidency by their personal stories, but hamstrung by prurient, partisan, and prejudiced criticisms of their leadership. As managers of the world's largest economy and military, contemporary presidents must react to a truly globalized world and a rapid twenty-four-hour news cycle. There is little room left for bold, strategic thinking.