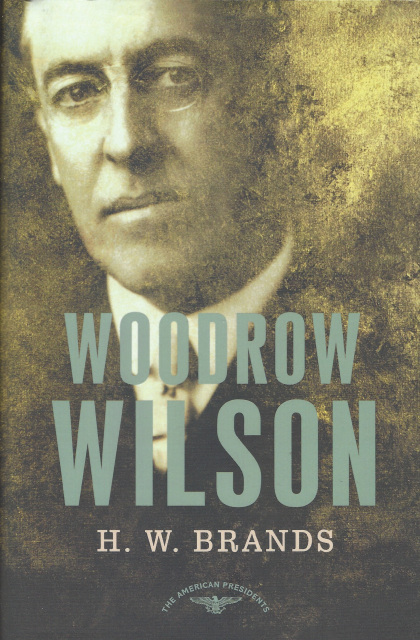 Woodrow Wilson was a man of words. Overcoming dyslexia, he finally learned to read at the age of ten, and then went on to spend much of his early life writing about politics and practicing oratory on the empty benches of his father's Presbyterian churches. Academic studies of the American Constitution and Congress (which he considered the most important branch of the federal government) established his reputation for original and insightful political thinking, which in turn led to his appointment to the presidency of Princeton and, eventually, to his nomination for the presidency of the United States. His term would be marked by his intellectual approach to government and the compromises demanded by practical politics.

On the eve of his inauguration, Wilson commented, "It would be the irony of fate if my administration had to deal chiefly with foreign affairs." As America was drawn into the Great War in Europe, Wilson relied on his scholarship, principles, and political savvy to overcome his ignorance of world affairs and lead the country out of isolationism. His vision of the United States as a nation uniquely suited for moral leadership by virtue of its democratic tradition has been the prevailing view of America's place in the world ever since.

Acclaimed historian and Pulitzer Prize finalist H.W. Brands offers a clear, well-informed, and timely account of Wilson's unusual route to the White House, his campaign against corporate interests, his struggles with rivals at home and allies abroad, and his temporary decline in popularity following the rejection by Congress of his League of Nations. Wilson emerges as a fascinating man of oratorical power, penetrating thought, and inspiring ideals.