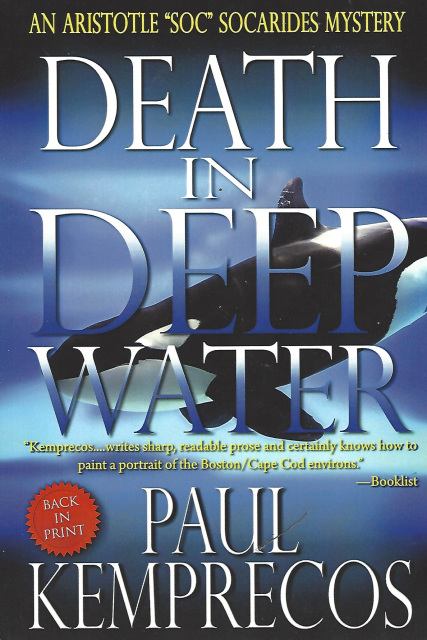 Aristotle Plato ("Soc") Socarides has a business card as unusual as his name: he's a private investigator, a diver, and a fisherman operating out of Cape Cod. But he's definitely got the perfect resume when the owners of a marine park desperately need someone to prove that a suspect is innocent of murder -- the suspect being Rock, a ten-ton killer whale who's the park's star attraction.

Soc goes undercover as an employee at the Oceanus Aquatic Park, which has been closed to the public since the death of animal trainer Eddy Byron. Picketed by animal rights groups and beset by sensationalist publicity, Oceanus no longer looks so attractive to the Japanese conglomerate that's been eager to buy it. Soc's employers, the owners of the park, want him to quickly clear the whale of suspicion, get to the bottom of why Eddy Byron died, and help convince the Japanese to close the deal.