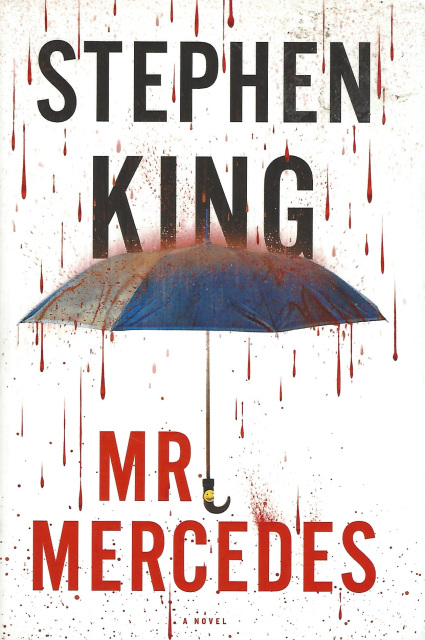 In the predawn hours, in a distressed American city, hundreds of unemployed men and women line up for the opening of a job fair. They are tired and cold and desperate. Emerging from the fog, invisible until it is too late, a lone driver plows through the crowd in a stolen Mercedes, running over the innocent, backing up, and charging again. Eight people are killed; fifteen are wounded. The killer escapes.

Months later, an ex-cop named bill Hodges, still haunted by the unsolved crime, contemplates suicide. When he gets a crazed letter from "the perk," claiming credit for the murders, Hodges wakes up from his depressed and vacant retirement, fearing another even more diabolical attack and hell-bent on preventing it.

Brady Hartfield lives with his alcoholic mother in the house where he was born. He loved the feel of death under the wheels of the Mercedes, and he wants that rush again. Only Bill Hodges, with a couple of eccentric and mismatched allies, can apprehend the killer before he strikes again. And they have no time to lose, because Brady's next mission, if it succeeds, will kill or maim thousands.

Mr. Mercedes is a war between good and evil from the master of suspense whose insight into the mind of this obsessed, insane killer is chilling and unforgettable.