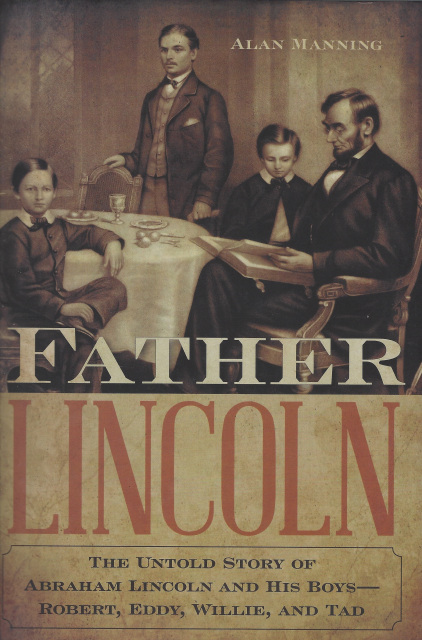 FATHER LINCOLN: THE UNTOLD STORY OF ABRAHAM LINCOLN AND HIS BOYS -- ROBERT, EDDY, WILLIE, AND TAD by Alan Manning

Father Lincoln: The Untold Story of Abraham Lincoln and His Boys -- Robert, Eddy, Willie, and Tad by Alan Manning

Abraham Lincoln is known as the Great Emancipator, the Savior of the Union, and as an American martyr. But that was not how his sons knew him. In FATHER LINCOLN, we see past the imposing marble statue of a determined president sitting inside the Lincoln Memorial and past the thoughtful, burdened president and commander-in-chief of a war-torn nation delivering the Gettysburg Address, to a man frolicking with his children on the floor of the White House, quietly reading bedtime stories to his sleepy-eyed boys, and wrestling with his grown son's desire to go off to war.

Through previously untapped sources, including letters and diaries of parents whose children were playmates of the Lincoln boys, presidential historian and author Alan Manning has written an insightful and revelatory narrative of how Abraham Lincoln cared for, educated, disciplined, entertained, loved, and grieved for his children, two of whom died at young ages.

A combination of history, biography, and family culture, this book follows Lincoln from his growing law practice in Springfield through the turbulent war years in the White House, highlighting the same challenges that many fathers face today: balancing a successful career with paternal responsibilities.