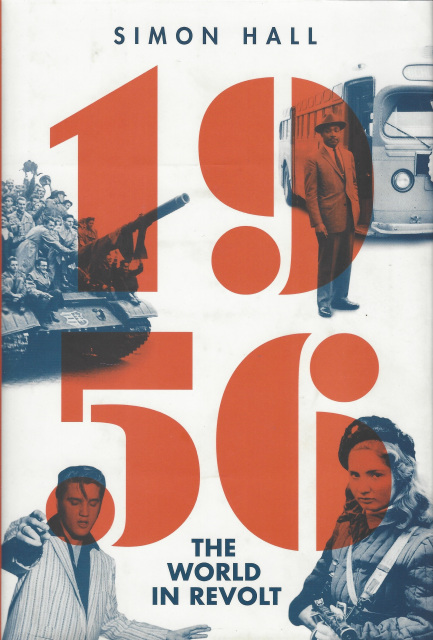 1956 was one of the most remarkable years of the twentieth century. All across the globe, ordinary people spoke out, filled the streets and city squares, and took up arms in an attempt to win their freedom.

Popular uprisings in Poland and Hungary shake Moscow's hold on its eastern European empire. Across the American South, and in the Union of South Africa, black people risk their livelihoods, and their lives, in the struggle to dismantle institutionalized white supremacy and secure first-class citizenship.

France and Britain, already battling anti-colonial insurgencies in Algeria and Cyprus, now face the humiliation of Suez, Meanwhile in Cuba, Fidel Castro and his band of rebels take to the Sierra Maestra to plot the overthrow of a dictator.

Vibrantly and sympathetically told, this is the story of one year -- a capsule history of exhilarating triumphs and shattering defeats around the world.