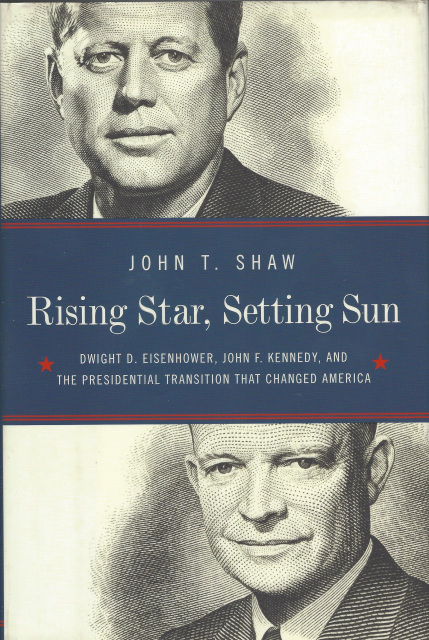 The exchange of leadership between the thirty-fourth and thirty-fifth presidents of the United States marked more than a succession of leaders. It symbolized -- and triggered -- a generational shift in American politics, policy, and culture.

During this dramatic ten-week transition, Eisenhower reluctantly relinquished the Oval Office to Kennedy, whose successful campaign ridiculed and repudiated the Eisenhower administration and ultimately defeated his vice president, Richard Nixon. This distinctly American story evokes universal and timeless themes: the transitory nature of power, the allure of change, the wisdom of age, the impetuousness of youth, and the perpetual misunderstandings between generations.

Ike and J.F.K. remain a study of contrasts, with sharply different families, educations, spouses, working styles, and visions for the nation they served. They came from from different generations and even different Americas. But the rivals were forced to work together to negotiate the most momentous change of power in the world, as crises raged in Cuba, the Congo, Berlin, and Southeast Asia.

The transition between November 1960 and January 1961 stands out in history, in part, because it involved four men who would ultimately lead America: Eisenhower, Kennedy, Richard Nixon, and Lyndon Johnson. Equally important is the fact that it culminated in two of the greatest speeches in American history, delivered just days apart: Eisenhower's farewell address and Kennedy's inaugural address. Eisenhower would warn of the dangers of the country's "military-industrial complex," while Kennedy implored his nation to boldly "pay any price, bear any burden" in tackling the challenges of the Cold War.