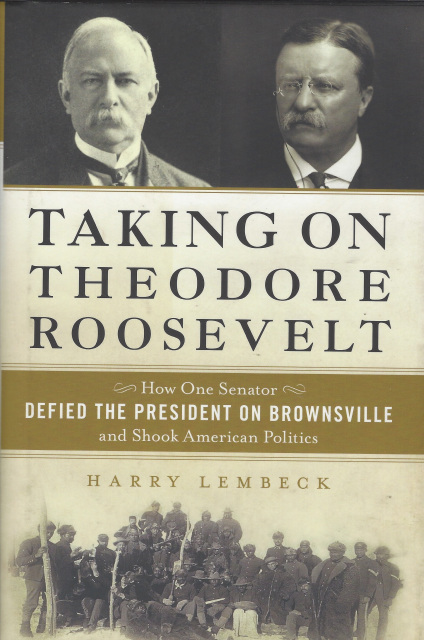 In August 1906, black soldiers stationed in Brownsville, Texas, were accused of going on a lawless rampage in which shots were fired, one man was killed, and another wounded. Even though the perpetrators could never be positively identified, President Theodore Roosevelt took the highly unusual step of discharging without honor all one hundred sixty-seven members of the black battalion on duty the night of the shooting.

This book investigates the challenge to the controversial action of an otherwise much-lauded president from a senator of his own party, Senator Joseph Foraker, and the way in which Roosevelt's uncompromising stance affected African American support of the part of Lincoln.

Using primary sources to reconstruct the events, Theodore Roosevelt historian Harry Lembeck begins at the end when Senator Foraker is honored by the black community in Washington, DC, for his efforts to reverse Roosevelt's decision. Lembeck highlights Foraker's courageous resistance to his own president. In addition, he examines the larger context of racism in the era of Booker T. Washington and W.E.b. Du Bois, pointing out that Roosevelt treated discrimination against the Japanese in the West much differently. He also notes generally ignored evidence concerning the role of Roosevelt's illegitimate cousin in the president's decision, the possibility that Foraker and Roosevelt had discussed a compromise, and other hitherto-overlooked facts about the case.

Sixty-seven years after the event, President Richard Nixon finally reversed Roosevelt's action by honorably discharging the men of the Brownsville Battalion. But, as this thoroughly researched and engrossing narrative shows, the damage done to both Roosevelt's reputation and black support for the Republican Party lingers to this day.