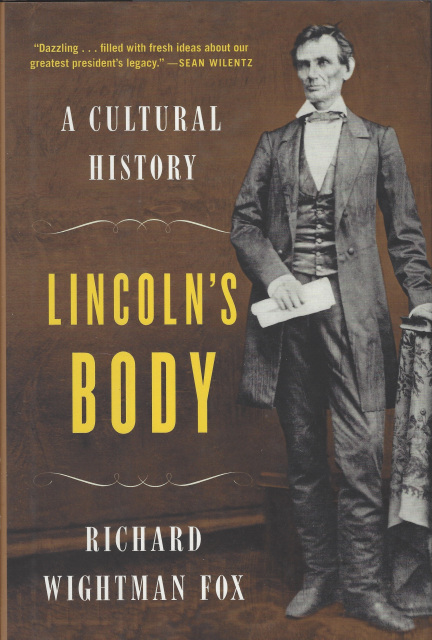 Even a century and a half after Abraham Lincoln's death, we, like Walt Whitman, "love the President personally."

In a stunning feat of scholarship, insight, and engaging prose, LINCOLN'S BODY explores how a president ungainly in body and downright "ugly" of aspect came to mean so much to us.

The very roughness of Lincoln's appearance made him seem all the more common, one of us -- as did his sense of humor about his own awkward physical nature. Nineteenth-century African Americans felt deep affection for their "liberator" as a "homely" man who did not hold himself apart. During Reconstruction, Southerners felt a nostalgia for the humility of Lincoln, whom they envisioned as a "conciliator." Later, teachers glorified Lincoln as a symbol of nationhood that would appeal to poor immigrants. Monument makers focused nt only on the man's gigantic body but also on his nationalist efforts to save the Union, downplaying his emancipation of the slaves.

Among both black and white liberals in the 1960s and 1970s, Lincoln was derided or fell out offashion. More recently, Lincoln has once again been embodied (as both idealist and pragmatist, unafraid of conflict and transcending it) by outstanding historians, by self-identified Lincolnian president Barack Obama, and by actor Daniel Day-Lewis -- all keeping Lincoln alive in a body of memory that speaks volumes about our nation.