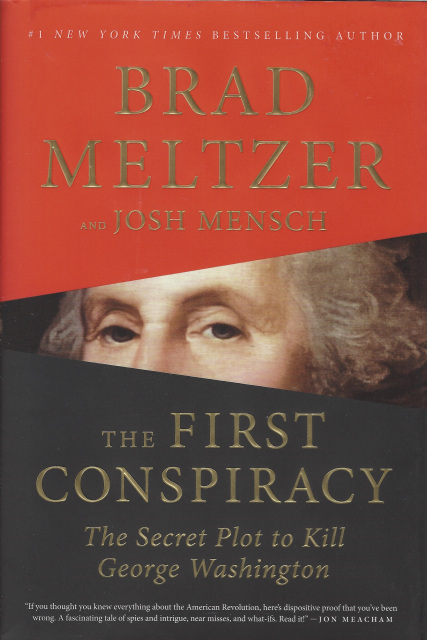 Taking place during the most critical period of our nation's birth, THE FIRST CONSPIRACY tells a remarkable and little-known piece of American history. The story not only reveals George Washington's character and leadership in the face of seemingly insurmountable odds against British forces but also illuminates the origins of America's counterintelligence agencies.

In this historical page-turner, New York Times bestselling author Brad Meltzer teams up with writer and documentary television producer Josh Mensch to unravel the shocking true story behind what has previously been a footnote in the pages of history. Drawing on extensive research, Meltzer and Mensch capture in riveting detail how George Washington not only defeated the most powerful military force in the world but also uncovered the secret plot against him in the tumultuous days leading up to July 4, 1776.