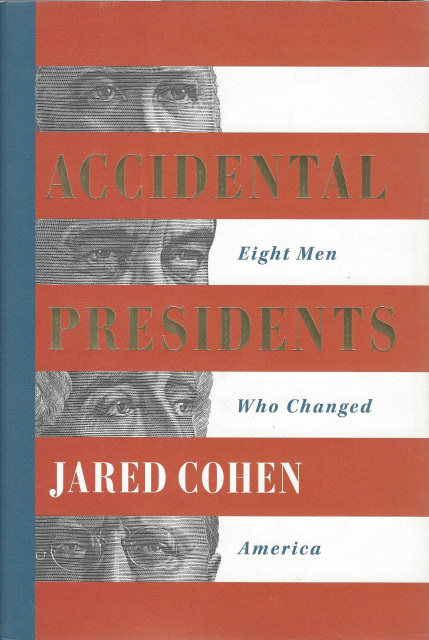 Eight times in our republic a vice president has succeeded on the death of the president -- history altered by a heartbeat.

In many cases, the men who came to fill the shoes of presidents had been spouses in marriages of political convenience chosen for the candidate's strategy, or to court a constituency. Each would have to earn the respect of men loyal to his predecessor or find a way to discard them. Each had to step out of the shadow and learn to be president.

Some succeeded, others did not. Only one, TR, would likely have made it to the highest office on his own. Truman was a gift to FDR and to the nation, to the happy surprise of many. Andrew Johnson was a catastrophic successor to Abraham Lincoln. Accidental Presidents describes some of our history's most momentous decisions and crucial turning points. It is also a powerful argument against a limited reading of the Constitution by the highest court. The Constitution leaves the question of succession largely unanswered