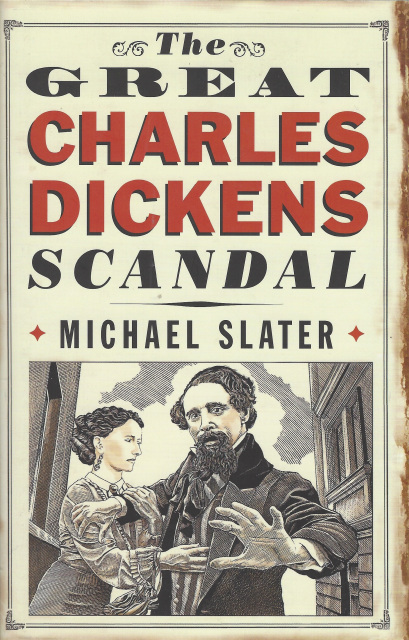 Charles Dickens was regarded as the great champion of hearth and home in Victorian Britain but in 1858 this image was nearly shattered. With the break-up of his marriage in that year rumors about scandalous relationships he might have been conducting with a young actress, Ellen Ternan, or even with his own sister-in-law were widespread. For the remaining twelve years of his life he fought to squash the gossip and largely succeeded. But when his last living child died in 1934 there was no-one left who was in a position authoritatively to reject all damaging allegations. Since then there has been a succession of dramatic revelations about Ellen's role in Dicken's life and the nature of their relationship which may have involved the birth of an illegitimate child.

This book presents the most detailed account of the history of this notorious scandal so far published. Drawing on the author's letters and other archival sources, Dickens expert Michael Slater investigates what Dickens did or may have done, then traces the way in which the scandal has been investigated and elaborated on over succeeding generations both by amateur sleuths and by professional writers. With its tale of intrigue and cast of well-known figures including Thackeray, George Bernard Shaw, and Edmund Wilson, this engaging book will fascinate not only Dickens fans but also readers who appreciate tales of mystery, cover-up, and clever detection.